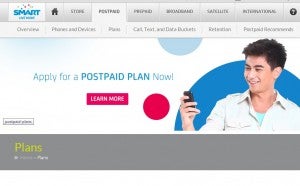 MANILA, Philippines–A group of venture capitalists led by US-based business accelerator 500 Startups is raising $100 million to be invested in startups around the world, the Philippines included.

The group is currently in Manila for an investment mission.

As part of the group’s drive to find innovative entrepreneurs in need of technical and financial support, more than 30 geeks would join the “Geeks on a Plane” tour in Manila from July 23 to 26 to learn more about the local market and what startup opportunities may be invested in. The Geeks on a Plane tour would also be making stops in Singapore, Bangkok and Jakarta.

Dave McClure, founding partner of 500 Startups, said in a briefing that about 25 percent of the funding would be invested outside the United States.

“We’re not necessarily looking for startups going for IP (intellectual property) or an IPO (initial public offering),” McClure said. “Most of what we are looking for are businesses with transactional value [and] e-commerce.”

During their stopover in Manila, the mission participants would also join a tech summit organized by the Asian Institute of Management, where discussions would center on emerging trends in the Philippines and best practices on innovation ecosystems in Silicon Valley.

“This is the highest concentration of investors in the history of the Philippine startup community,” said Earl Martin Valencia, president and cofounder of IdeaSpace Foundation Inc.

The US-based 500 Startups, recently cited as the most active venture capital fund in Silicon Valley by the Wall Street Journal, has already invested in several startups in the region, including ZipMatch, an online real-estate platform based in the Philippines.

The event is also supported by the United States Agency for International Development through its STRIDE (science, technology, research, and innovation for development) program.