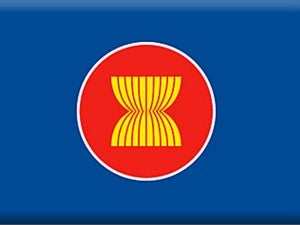 Southeast Asia should expect slower growth this year as tighter monetary conditions in the world’s more advanced economies could destabilize financial markets in the region.

MANILA, Philippines–Southeast Asia should expect slower growth this year as tighter monetary conditions in the world’s more advanced economies could destabilize financial markets in the region.

The International Monetary Fund (IMF) this week also slashed its growth forecast for the rest of the world mostly due to the US economy’s first quarter contraction and high debt levels in Europe.

“Many emerging market and developing economies are still adjusting to tighter financial conditions and implied higher cost of capital since May 2013 and weaker medium-term growth trajectories,” the IMF said in its updated World Economic Outlook (WEO) report released this week.

Asean 5 countries refer to Indonesia, Malaysia, the Philippines, Thailand and Vietnam. Projections for individual countries were not released. The IMF’s Manila office is expected to release the forecast for the Philippines this week.

In its 2014 WEO report released in April, the IMF said it expected the Philippine economy to grow by 6.5 percent this year, matching the low end of the state target of 6.5 to 7.5 percent.

Global economic growth is now seen at 3.4 percent, lower than the previous projection of 3.7 percent.

In a statement released to the press on Thursday, IMF chief economist Olivier Blanchard said the nascent recovery of advanced markets presented challenges and opportunities for countries like the Philippines.

On one hand, he said, stronger growth in countries like the United States means stronger demand for exports by emerging markets.

A stronger US economy, on the other hand, has led to the normalization of monetary policies from a protracted period of record lows. This means “capital flows that went to emerging markets in search of higher returns will eventually return home,” Blanchard said.

This in turn implies tighter financial conditions and higher borrowing costs for governments and the private sector. He said policymakers in emerging markets should focus on sustaining structural reforms to make themselves more attractive to investors.