Oil prices down in Asian trade 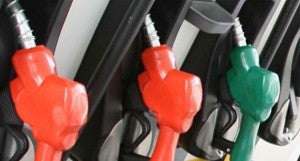 SINGAPORE – Oil prices slipped in Asian trade Monday but analysts said they were supported by concerns of an escalation of the Ukraine crisis after the crash last week of a Malaysian airliner.

Investors were also keeping an eye on developments in the Middle East after Israel launched a ground offensive against Hamas militants in Gaza, fuelling worries about the oil-rich region.

US benchmark West Texas Intermediate for August delivery was down 23 cents at $102.90 in late-morning trade, a day before the contract expires. Brent crude for September dipped 13 cents to $107.11.

Desmond Chua, an analyst with CMC Markets in Singapore, said investors are waiting for further news on whether the shooting down of Malaysia Airlines flight MH17 over Ukraine’s airspace on July 18 was carried out by separatist rebels supported by Russia.

He said proof of involvement by the pro-Moscow separatists in the incident will likely trigger stronger US and European sanctions against President Vladimir Putin’s government, threatening to widen the crisis.

Russia is the world’s second biggest crude producer, and there are concerns its standoff with the West over Ukraine could affect supplies. Ukraine is also a major conduit for Russian gas exports to Europe.

“If the Russians were found to have assisted the rebels by providing the weaponry, the situation may escalate,” Chua said.

All 298 people on board MH17 were killed after it was apparently blown off the sky by a missile the US said was fired from a system Russia provided to the separatists.

On Sunday, US President Barack Obama called for an “immediate ceasefire” between Israel and Hamas after a bloody day of fighting in Gaza raised the number of Palestinians killed to 476.