Hospital with wings for the visually impaired 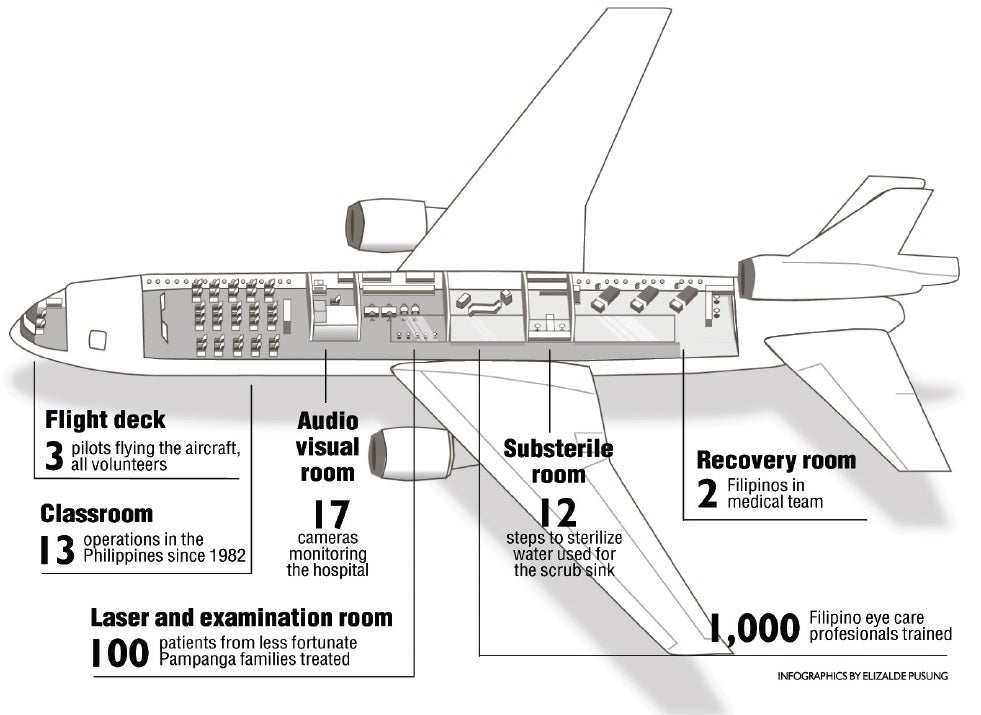 It might have seemed like any other landing to residents around Clark International Airport, another prosaic aircraft that would depart as soon as it landed. But the Flying Eye Hospital (FEH) was not usual. It rolled out its generators and then stayed for two weeks since June 23.

Until July 4, the 20-plus staff members of the Orbis initiative would treat 100 visually impaired citizens of Pampanga, with partner Jose B. Lingad Memorial Hospital (JBLMH) providing the steady stream of less fortunate—and thankful—patients.

“It helped tremendously,” patient Nelba Magallanes said of the only hospital plane in the world, “because I wouldn’t know where to source the payment for an operation… I’m thankful for the help Orbis has given to [JBLMH’s] patients.”

Magallanes walked into the hospital for a glaucoma checkup on June 23, and the medical staff told her to head upstairs for a free operation care of Orbis. 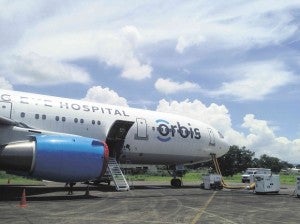 THE FACILITY stayed at Clark for two weeks.

It was the FEH’s 13th operation in the country, with the first two dating back to 1982. Including the recent landing in Davao, it has now provided treatment for more than 1,000 patients across all the age groups, mostly in the current facility, a repurposed DC-10 aircraft used since 1994.

“Eye care is a critical health issue … [and] the main causes are the high cost of healthcare in urban areas and a lack of trained eye health specialists in rural areas,” said Rhicke Jennings, FedEx managing director for the Philippines and Indonesia.

There are about 3.9 million visually impaired individuals in the country. FedEx provides the logistics and expertise for the FEH, helped fund the purchase of the DC-10 and donated an MD-10 which will be the third-generation airplane hospital.

Even the ophthalmic community should be thankful for the visit. The New York-based non-profit has now provided lectures and hands-on training for over 1,000 local practitioners, all for making every operation endure, explained FEH communication manager Joni Watson.

The hospital has a 48-seat classroom that hosted lectures and symposiums. The participants watched live feeds from operations done two rooms away. Moreover, the staff gave hands-on training to 18 ophthalmologists, 8 nurses and about 8 doctors.

On hand was a high-caliber staff, including two Filipino nurses, from “15 to 16 countries all over the world,” Watson said. “We pull people from all over… It’s kind of a real mix. Other people just [learn] through friends; see it online, apply.” (Job opportunities are on Orbis.org.)

FedEx also offers a fellowship grant for eye care specialists, getting them to work in hospitals in developed countries, and trains volunteer pilots, mostly from its own pool—the reason it has touched down on 92 countries. 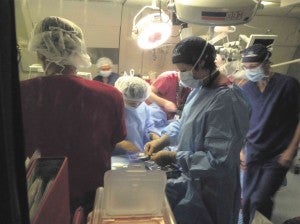 THE OPERATION room during an oculoplastics surgery

Orbis contacts its partners a year prior to make sure that the training sessions translate to real operations. For Pampanga, it asked the Central Luzon Ophthalmology Society and JBLMH for the most prevalent eye problems in the country—cataract is the top case and glaucoma follows. The FEH also offered pediatric ophthalmology, medical retina and oculopastic surgery, a procedure tackling problems with the eyelids and eye sockets.

“It is about what they (the eye care specialists) see every day,” said Dr. Ahmed Gomaa, the medical director of FEH. “We are here to enable them to deliver care for their own patients, so whatever they see every day in their own practice are the cases we list for the program.”

“The main focus of the hospital is not to do challenging or very difficult cases… It’s not about doing heroic surgery and then we disappear, because otherwise this would be a problem,” he added.

The transient hospital envisions a Philippine health sector with the skills to address the needs of visually impaired Filipinos, Watson said, just days before the FEH flew out of the country gearing up for Mongolia. Over two weeks, it proved that it wasn’t the usual aircraft—and it’ll come back again: “Soon,” Gomaa said with a smile.