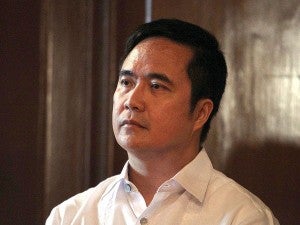 The Transportation department’s biggest public private partnership (PPP) project yet, the P271-billion North-South Commuter Railway in Luzon, is expected to be offered to investors in the latter part of the year through early 2015 as it pursues big-ticket deals deemed crucial in driving future economic growth.

Transportation Secretary Joseph Abaya told reporters last week that they were studying a hybrid PPP structure for the railway deal, meaning part of the project that aims to link Malolos in Bulacan to Calamba in Laguna, will be funded by the government and the rest by the private sector.

That decision, which Abaya said has yet to be made pending key approvals, comes as the Department of Transportation and Communications drew just one offer out of a potential seven for its P65-billion Light Rail Transit Line 1 PPP, whose second bidding round was recently concluded.

The DOTC, which is also preparing a P135-billion “subway” PPP project linking key business districts in Metro Manila, needs private sector support for even bigger railway deals in the pipeline.

Abaya noted that while talks with investors suggested that there was still appetite for railways, he said the government was willing to step in to ensure that the projects get off the ground.

“The important thing is you can bring in government. And the government has funds,” Abaya said.

The North-South Commuter Railway, which the DOTC plans to present to the board of the National Economic and Development Authority (Neda) next month, is being used as an example partly because of its massive size.

Abaya said the Japan International Cooperation Agency (Jica) had expressed its interest to finance part of the commuter railway, or the elevated segment from Malolos, Bulacan, to Tutuban in Manila. The remaining Tutuban-to-Calamba segment would then be auctioned as a PPP project, he noted.

Once the project receives Neda board approval, Abaya said they would be able to start the procurement process. He said they were targeting a bid submission date in the first quarter of 2015 although he did not discount the possibility that this would be pushed back.

Other projects due to be presented to the Neda Board, which is chaired by President Aquino, are provincial airport projects also to be auctioned under the PPP program. These are in Laguindingan (Cagayan de Oro), Panglao (Bohol), Puerto Princesa, Iloilo, Davao and Bacolod, Abaya said. These would be a combination of operations and maintenance contracts as well as expansion requirements.

PPP Center executive director Cosette Canilao said the contracts of the six airport projects would likely be bundled together to create more scale and draw large airport operators. She did not elaborate on which airports would be bundled together.