‘Defer high fines on colorum vehicles until study is completed’

MANILA, Philippines—A transport organization for UV Express units is asking the Land Transportation and Franchising Regulatory Board (LTFRB) to defer the implementation of significantly higher fines and penalties for operators of public utility vehicles starting June 19, saying more information from a yet-to-be completed study by the Japan International Cooperation Agency should be provided to all concerned sectors.

Code-X Transport Federation, in a letter to the Philippine Daily Inquirer, said the imposition of higher penalties would be “premature and untimely.” The fines, announced by the Land Transportation Franchising and Regulatory Board, would significantly increase the costs of companies found violating their franchises and permits.

The fine climbs to as much as P1 million for colorum bus operators, under the government’s joint administrative order, when the previous amount was just P6,000. 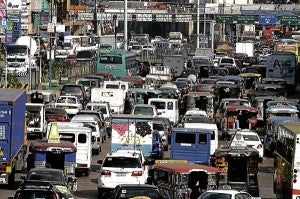 “We are praying for the deferment of the joint administrative order regarding increased fines and penalties, which [was] supposed to take effect June 19, 2014 until the JICA study is completed, evaluated and implemented,” Code-X said in its letter.

The group cited the Japanese organization’s study, which would be the basis for the re-opening of new franchises or certificates of public convenience. It added that the same study could be used to determine whether to add or reduce the number of public utility vehicles on a certain route.

“Unfortunately, the JICA study is yet to be completed resulting in a vacuum that colorum operators are trying to fill-up,” Code-X said.

“There are not enough new franchises to eradicate colorum operators,” the group added. “Yet there is high demand for vehicles to ferry the passengers to and from [their] place of work.”

Code-X suggested further that they be allowed some measure of self-regulation, in the same letter.

“As a pilot, deputized officers of some UV Express associations [can] discipline their ranks. Just like the Kapisanan ng mga Brodkasters ng Pilipinas, or KBP, which governs themselves,” it said.

“It becomes a win-win situation. The operators and drivers win because they are given the chance to regulate themselves… In doing so, the government may accomplish the task of establishing law and order,” the group added.

On Tuesday, LTFRB said it would proceed with the implementation starting June 19 (Thursday) of significantly higher fines for “colorum” operators of public transportation services not complying with their franchises or permits.

But the LTFRB, in response to concerns raised by some provincial operators, said it was suspending for 120 days the implementation of these fines pertaining to out-of-line violations, or those operating beyond their designated routes.

In line with this, LTFRB issued a memorandum circular to clarify the implementation of the government’s joint administration order 2014-01 on out-of-line violations and trucks for hire.

Up to P1M fine for ‘colorum’ buses, stiffer penalties in store