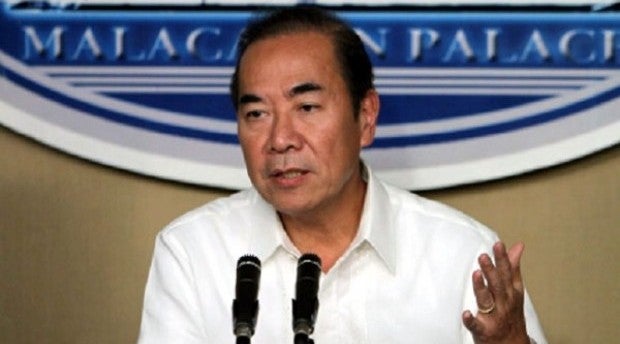 MANILA, Philippines–Public Works Secretary Rogelio Singson on Tuesday said critics should stop blaming him and his department for the disqualification of the San Miguel Corp. (SMC) and Optimal Infrastructure Development joint venture from last week’s bidding for the P35.4-billion Cavite-Laguna Expressway (Calax) project.

The SMC-Optimal Infrastructure group was disqualified because of a technicality, Singson pointed out.

The joint venture was disqualified because of a deficiency in its bid security, which expires on Nov. 25, short of the 180-day requirement by only four days.

“For them to qualify depends on the documents they submitted,” Singson explained in a radio interview.

That is why the Department of Public Works and Highways (DPWH) should not be faulted for SMC-Optimal’s apparent “noncompliance with bidding documentary requirements,” he said.

“We’re strict about bidding rules. It’s either we’re strict with the rules or we forget the same rules,” said Singson.

“If you’re not strict, it’s a problem. If you’re strict, it’s still a problem,” said the official, who asked not to be named for lack of authority to speak to the media.

At the same time, Singson clarified that the Calax deal has yet to be awarded to any of the qualified bidders.

“We’re still reviewing all the financial bids. We’re on that stage of the bidding process,” he said.

The two other qualified bidders are MPCALA Holdings of businessman Manuel V. Pangilinan and MTD Capital of Malaysia, the only foreign bidder.

Both were also premium payments, meaning these will come on top of the cost of the 47-kilometer toll road, which the winner will build and operate for 35 years.

Because SMC-Optimal was disqualified, its financial bid was not opened by the bids and awards committee.

But the group took the unusual step during the financial proposal opening to announce their premium offer of P20.1 billion. As a result, DPWH critics said disqualifying the SMC-Optimal group would deny the government an P8.45-billion windfall.

Raoul Romulo, an Optimal representative, has told reporters the joint venture planned to pursue all legal avenues so their bid would be reconsidered by the DPWH.

Cosette Canilao, executive director of the Public-Private Partnership Center, expressed the hope that SMC would reconsider its plans to sue the DPWH, saying the company was a “partner of the government in several infrastructure projects and there are still a lot of PPP projects in the pipeline they would be interested in.”