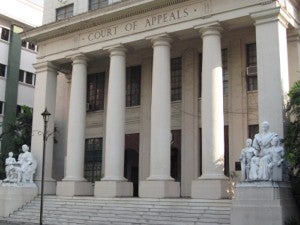 MANILA, Philippines–The Court of Appeals has denied the bid of Philippine Airlines (PAL) flight attendants to get more than the P100 million in unpaid salary increases, which the appellate court granted them in 2013.

In an 11-page decision, the CA special former 7th division affirmed its June 18, 2013, decision that partially set aside the order of the labor secretary with regard to the salary increase and compulsory retirement age for the Flight Attendants and Stewards Association of the Philippines (FASAP).

The appellate court had directed PAL to grant a lump sum salary hike of P100 million to FASAP members in keeping with its collective bargaining agreement (CBA) with the airline covering the period July 16, 2007, to July 25, 2010.

The appellate court had also set the compulsory retirement age of FASAP members based on their date of hiring.

“We stand pat on our earlier finding that there was grave abuse of discretion on the part of the Department of Labor and Employment (DOLE) when it awarded the P220 million economic package,” said the CA ruling.

The appellate court said its award of P100 million lump sum salary increase was a “result of our consideration of what is ‘possible, fair and reasonable’ under the circumstances of this case.”

The appellate court said it relied on PAL’s financial statements as audited by an independent auditor.

“No evidence can best attest to a company’s economic status other than its financial statements,” it said.