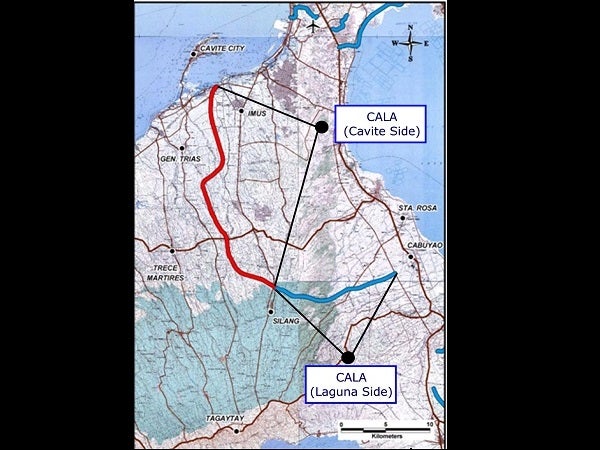 The strong interest comes days after the government’s auction of the P65-billion Light Rail Transit Line 1 (LRT-1) extension  to Cavite, which drew just one bidder, and underscores the interest in tollroads, which has historically produced good bidding results under the Aquino administration’s PPP Program.

Their technical proposals and financial bids were submitted yesterday to the Department of Public Works and Highways, which is implementing the P35.4-billion deal, but only the technical component was opened.

Public Works Secretary Rogelio Singson said they hoped to open the financial proposals on Friday and possibly award the project this month.

This would mean two PPP deals could be awarded this month with the Transportation Department’s LRT-1 project.

“We hope they give aggressive bids,” Singson told reporters at the sidelines of the bid submission Monday, adding that the project was structured to make it attractive both to tollroad operators and property developers.

The groups that made offers for Calax all have exposure in the tollroad business.

Read Next
Stocks up on US, China news
EDITORS' PICK
COVID-19 cases in PH pass 3.2 million mark with 37,154 new cases — DOH
Metro Manila’s daily COVID-19 growth rate drops to 2% — Octa Research
SMDC’s Bloom Residences: A master planned community that cares for your health and wellness
Upsilon, Unilever give ‘real talk’ on climate change crisis
Over 3 Million worth of prizes to be won at Smart Padala’s SENDali Manalo Promo!
Novak Djokovic loses fight against Australia deportation
MOST READ
‘Not my loss’: Did Kris Aquino just comment on her breakup with Mel Sarmiento?
Ivana Alawi tests positive for COVID-19, urges public to comply with health protocols: ‘No one’s above the law’
Thailand records first Omicron death
Novak Djokovic loses fight against Australia deportation
Don't miss out on the latest news and information.