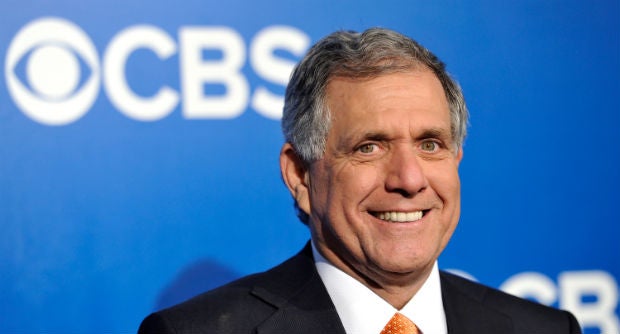 In this May 16, 2012 file photo, President and Chief Executive Officer of CBS Corporation Leslie Moonves attends the CBS network upfront presentation at The Tent at Lincoln Center in New York. Moonves’ total compensation rose 9 percent to $65.6 million in 2013, making him the second-highest paid CEO, according to an AP/Equilar analysis. AP

LOS ANGELES — Once again, media company CEOs are among the highest paid executives in the nation, occupying six of the top 10 earning spots according to an Associated Press/Equilar study.

Compensation experts say a variety of factors are at play, including the gain in media stocks, the intangible value of talent in a hit-or-miss business, the control of shareholder power in very few hands, and the decline of the financial sector.

Outsized stock growth boosts the value of stock and option grants. Media companies’ shares have rebounded strongly since the 2008 recession, mainly because advertising spending grows in tandem with a growing economy. That means higher-priced ads and higher-priced execs.

Stocks of the six media companies on the list all outperformed the Standard & Poor’s 500 index, which grew 128 percent in the five years through December 2013, according to FactSet.

“If shareholders are happy they don’t care how much a person makes,” said Paul Dorf, managing director of consulting firm Compensation Resources Inc. “When they complain most is when the market doesn’t do well and their stock is going down the tubes.”

Making it big in media means generating hits. And while top executives may not be hands-on with every decision, they are where the buck stops.

“With movie studios and the media, it’s more of a talent business. You have highly paid people at all levels,” said Alan Johnson, managing director of Johnson Associates, a compensation consultant in New York. “The view is the right CEO can make a big difference.”

“When you have the vote in your back pocket, you do not need to negotiate in the same way,” said Nora McCord, managing director at Steven Hall & Partners, an executive compensation consulting firm in New York.

Lists in previous decades might have had more financial and banking executives. Since the Great Recession punished those companies with government bailouts, bank collapses, accounting revisions and writedowns, they have dropped in the pay rankings.

“If you were to go back in time, a lot of these lists would have had financial executives,” Johnson said. “They’re not part of it anymore.”

When one company boosts pay, others compensate to remain competitive. That’s why executive pay within industries tends to “move in lock step,” McCord said.