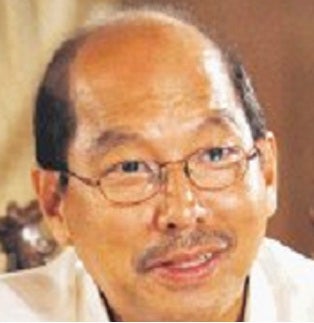 He said the projects cited by Napoles, which were supposed to have been used to teach her the ins and outs of the government’s bureaucracy, were non-existent.

“She claims that when she met me in 2000, I showed her a SARO for a P10-million project, for which the Batanes Electric Cooperative (BatanElCo) would serve as the implementing arm. But no such project exists in the DBM’s records,” Abad said in a statement.

He said the project was not in the records of the National Electrification Administration (NEA) and BatanElCo.

He reiterated a previous statement saying that he never had any dealings with Napoles during his entire stint as a public servant. He admitted knowing alleged Napoles middleman Manuel Jarmin, but said he never had any transactions with him.

“I have never dealt with Janet Lim Napoles in any manner, much less through an agent or a middleman,” Abad said.

“While I may be acquainted with Mr. Jarmin, I have never transacted with him in any capacity. Ms. Napoles’ claims about me—that I tapped Mr. Jarmin as my ‘agent,’ and that I taught her how to profit illegally from the bureaucracy—are absolutely not true,” he said.

He said a number of DBM employees informed him that in 2010, Napoles dropped by the office in an attempt to introduce herself, but was unsuccessful. He said Napoles had been trying to make Abad’s acquaintance “for years.”

“None of these things took place—this mysterious P10-million project, the clandestine meetings in the EDSA Shangri-La and Cravings-Katipunan, the crash course on PDAF corruption I supposedly gave her in those two meetings, and finally, the happily generous exchange of millions in cash between us—except in the warped, fevered imagination of Ms. Napoles,” Abad said.

Palace faith in Abad is ironclad