MANILA, Philippines—The Villar group would venture into hotel operations in its bid to become a “complete” real estate company while tripling the number of its malls in the next three years. 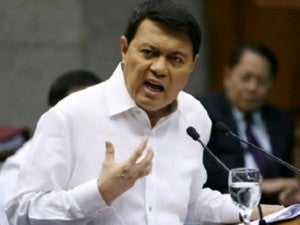 Former senator Manuel B. Villar, chair of Vista Land and Lifescapes Inc.: We will be a complete real estate company

“Vista Land and the group are going into hotels. We have identified 18 sites, mostly already owned by us, where we’re putting up hotels in the next few years,” former senator Manuel B. Villar—who chairs Vista Land and Lifescapes Inc. as well as Starmalls Inc.—told reporters recently.

“When I returned to business, we, the group, decided that we will no longer just be a housing company. We will now be a complete real estate company,” Villar explained.

“Once we have hotels, when we enter the hotel business, kumpleto na kami, and hopefully we’ll grow from there,” he added.

Villar said that the hotel chain would be under a new, homegrown brand, but he declined to disclose details as the venture is still in the planning stages.

Starmalls will also embark on an aggressive expansion program in line with plans to operate 22 malls by 2017 with a total gross floor area (GFA) of 1 million square meters, Villar said.

This year, three malls will be opened in Taguig, Santa Rosa in Laguna, and along Daang Hari Road to add to the seven currently being operated by Starmalls, he said.

Twelve other malls are under construction or in advanced stages of planning, he added.

Starmalls’ expansion would be financed internally and also by borrowing, Villar disclosed.

“When you put up a commercial area or mall, it’s logical that it’s next to a BPO. You already have a market,” he pointed out.

The existing malls in Alabang, Las Piñas and Shaw Boulevard would be renovated to accommodate BPO companies, he said, adding that the soon-to-be-opened Daang Hari mall will likewise have office space.