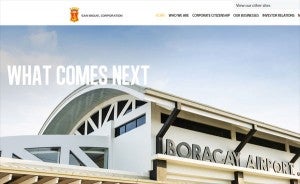 MANILA, Philippines — San Miguel Corp. is seeking to build a new international airport for Manila in a project worth $10 billion, the company confirmed Thursday.

San Miguel, which owns a stake in flag carrier Philippine Airlines, told the Philippine Stock Exchange in a disclosure that reports of its bid to build the four-runway hub in Manila Bay were “accurate”.

Airlines are frustrated with heavy congestion and other woes at Manila’s existing international airport, which has been named the worst in the world for two years running by an online travel guide.

The airport was hit by air conditioning failures in sweltering weather last month, just as millions of Filipinos began travelling for the Easter holidays — forcing Aquino to make a public apology.

Ang made a “brief mention” of the proposal during his meeting with Aquino on Wednesday, Coloma said.

“Like all other proposals on new public infrastructures, this would be referred to appropriate agencies… in order to go through the regular review and vetting process,” he added.

San Miguel would build and operate the new airport on a near-800-hectare (2,000-acre) patch of reclaimed land that it already owns in Manila Bay.

Ang has spoken previously about his ambition to build a new airport to ease congestion at the current facility.

The airport was built in 1981 to service six million passengers a year, but its terminals handled more than 32 million in 2012, according to the airport authority.

Philippine Airlines and other carriers routinely suffer flight delays as Manila and other airports across the country struggle to handle surging traffic.

Manila’s Terminal 1 was named the worst in the world for the second year running in 2013 by travel website “The Guide to Sleeping in Airports”.