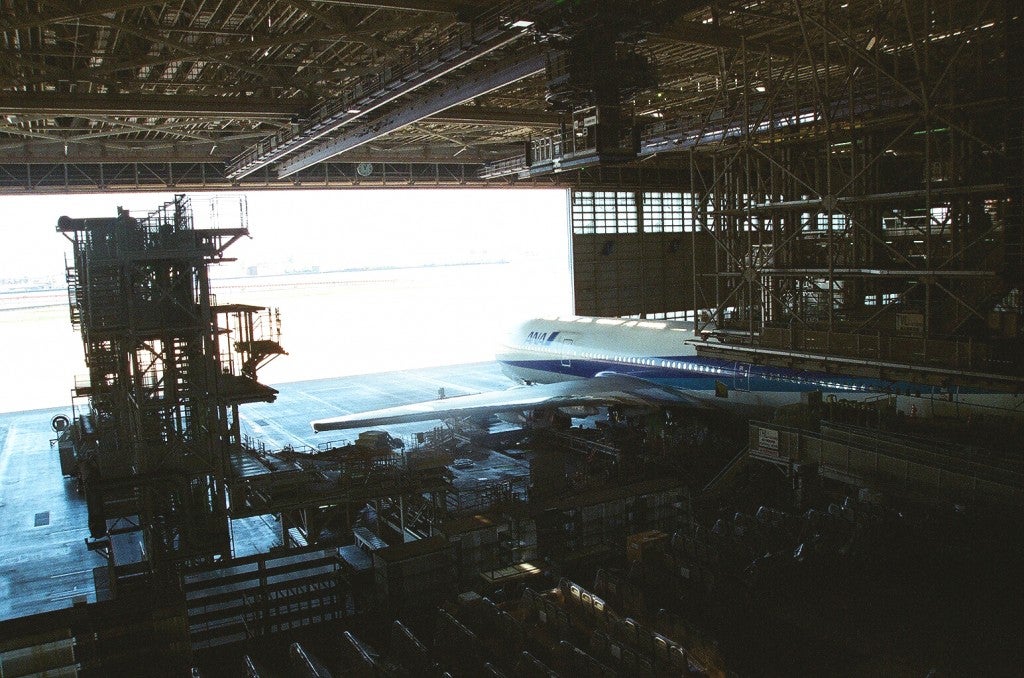 An All Nippon Airways airplane is parked inside the hangar for a scheduled maintenance check. Image captured on film.

All Nippon Airways regularly does maintenance checks to their planes to ensure not only the safety of all their passengers, but also guarantee smooth flights and touchdowns that guarantee passenger satisfaction. This is done inside their own hangar located in Tokyo.

This consistent upkeep of their aircrafts helps engineers of ANA to correctly identify technical problems, which are then corrected before an aircraft is allowed for voyage. This preventive measure is always done despite the fact that ANA’s Boeing 787 planes are one of the most technologically advanced aircrafts in use today. 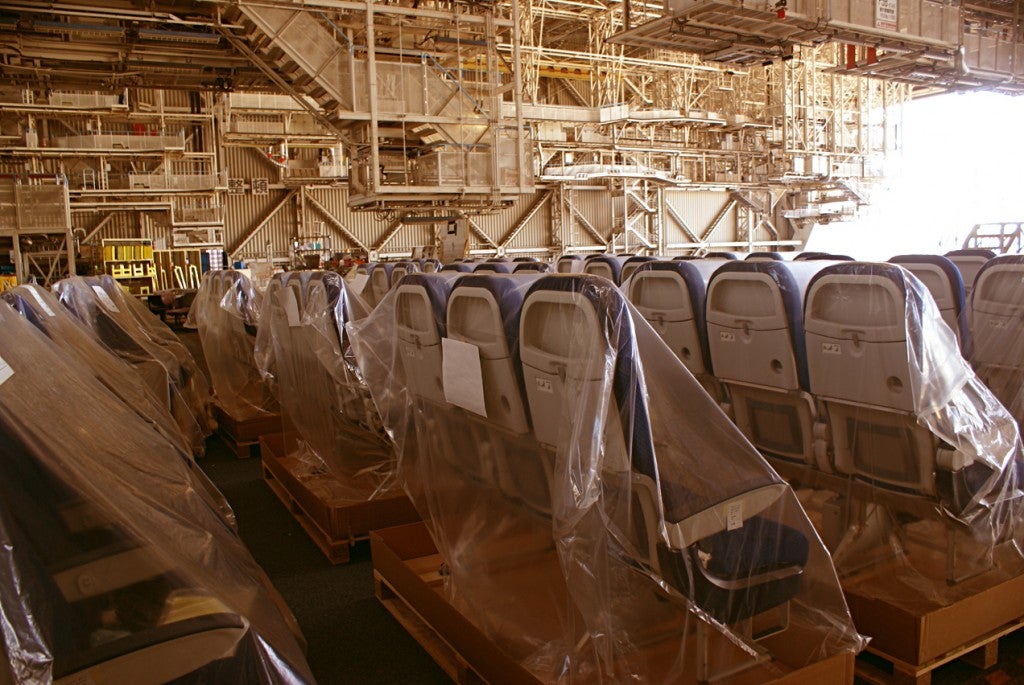 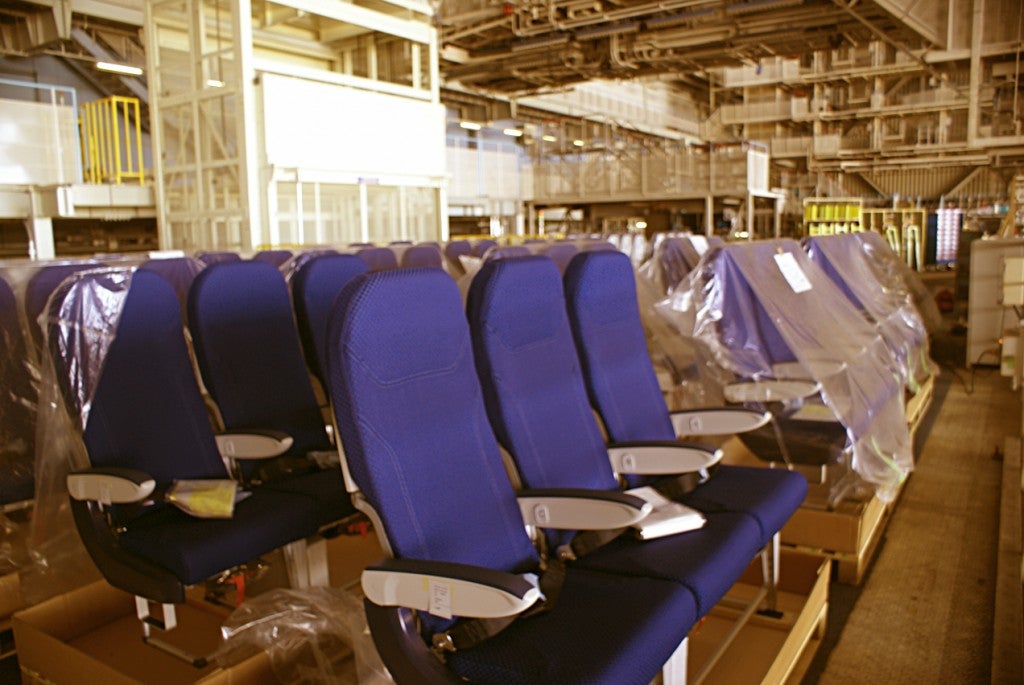 A new batch of airline seats awaits quality control check inside the hangar. 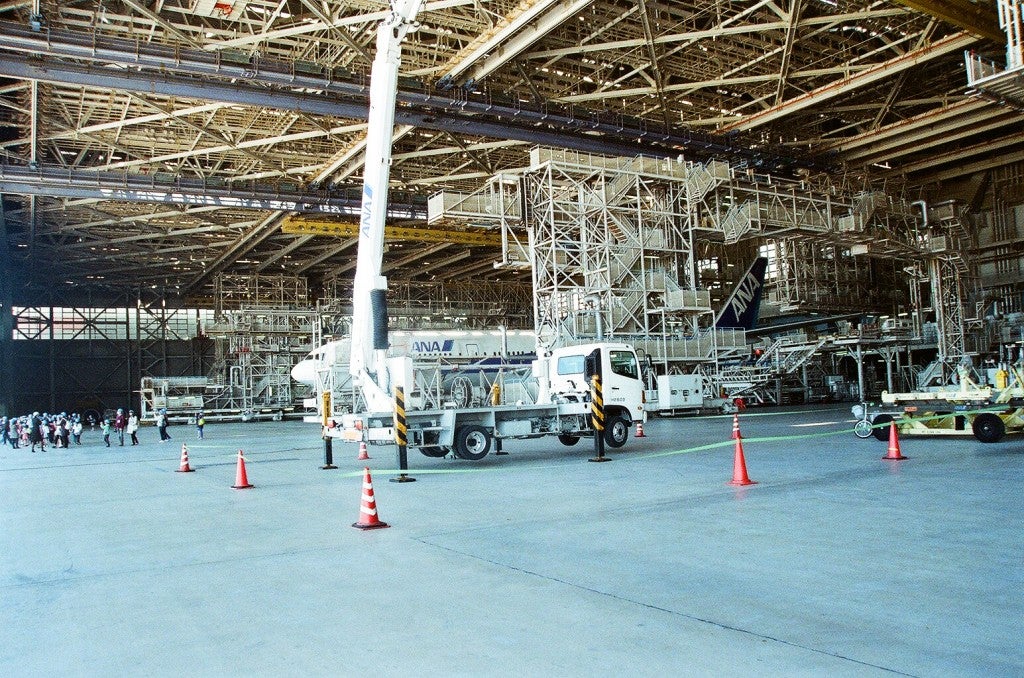 This ANA crane is used to lift crew and equipment towards the aircraft. Image captured on film. 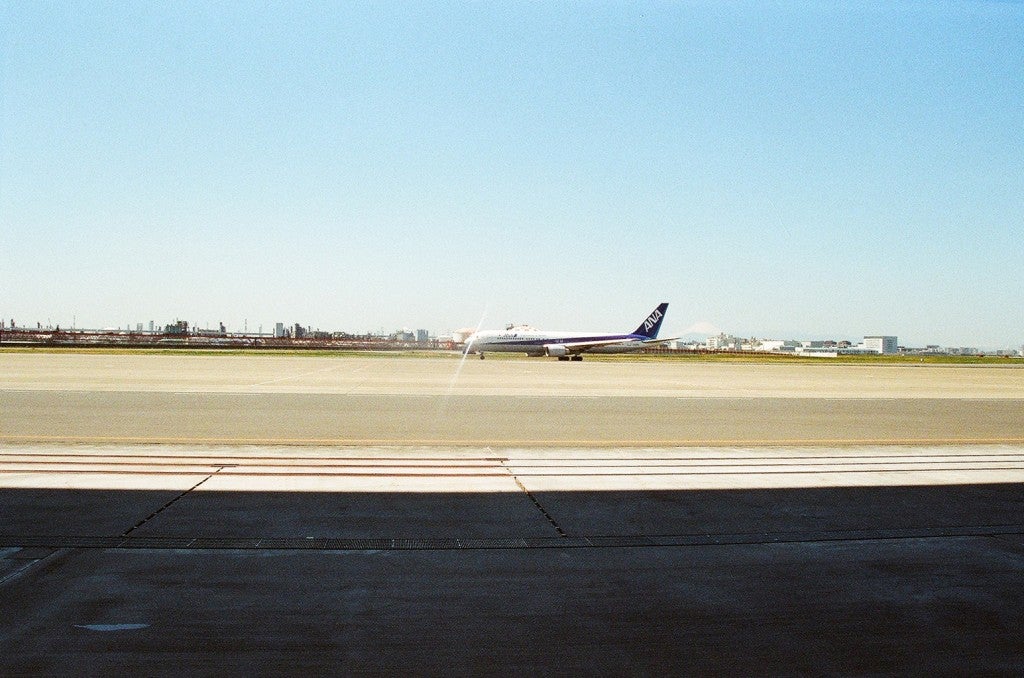 An All Nippon Airways airplane is seen taking off in the runway in front of the hangar. Image captured on film. 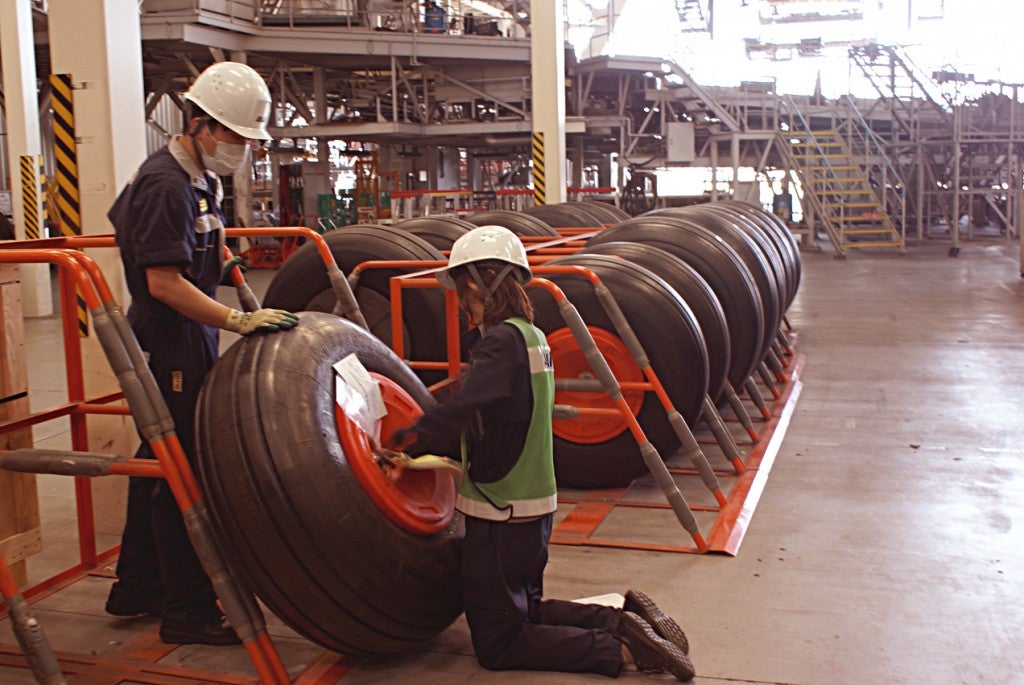 These huge airplane tires are regularly checked by the crew to safeguard the plane from the possibility of a tire blowing off during liftoff and touchdown. 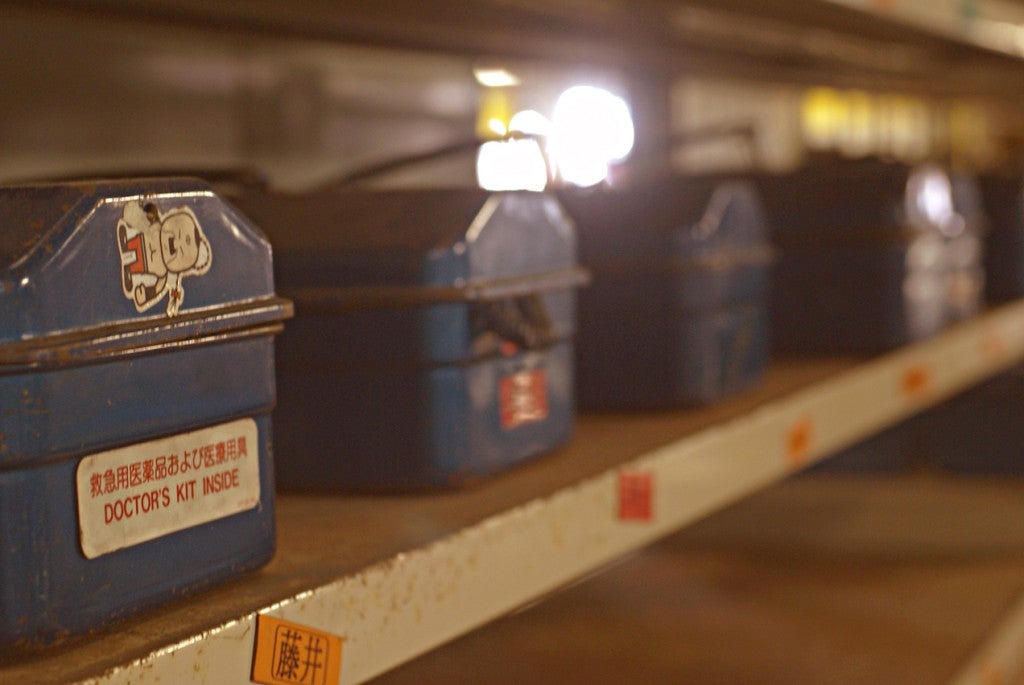 Every ANA engineer or crew has his/her own toolbox, all of them stowed away in a shelf inside the center. No sharing! 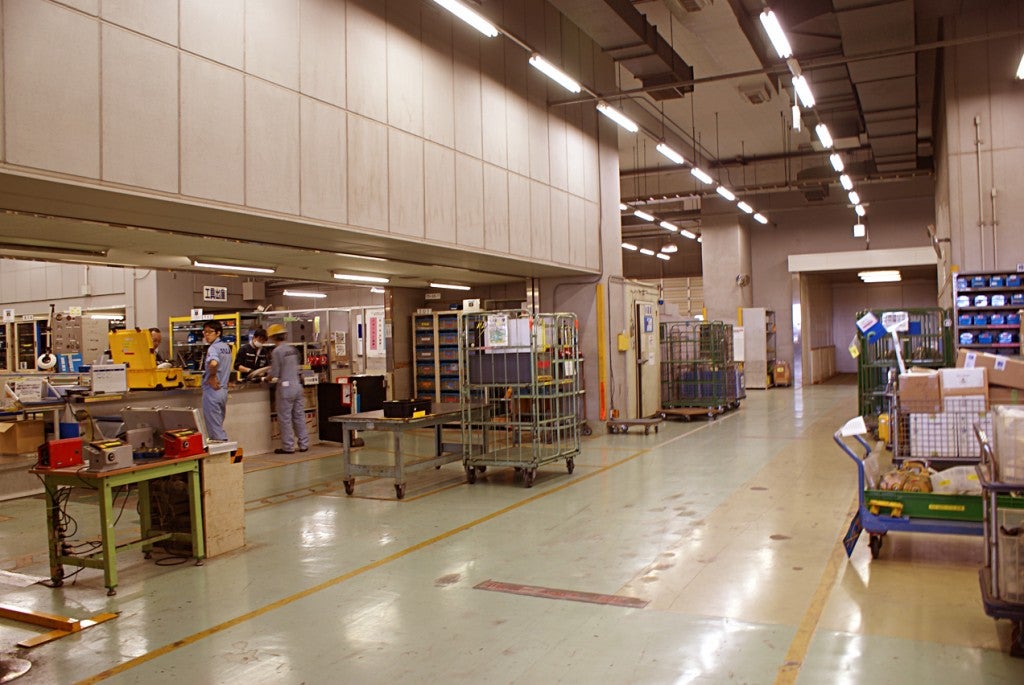 This area holds the larger tools and equipment needed during aircraft maintenance. 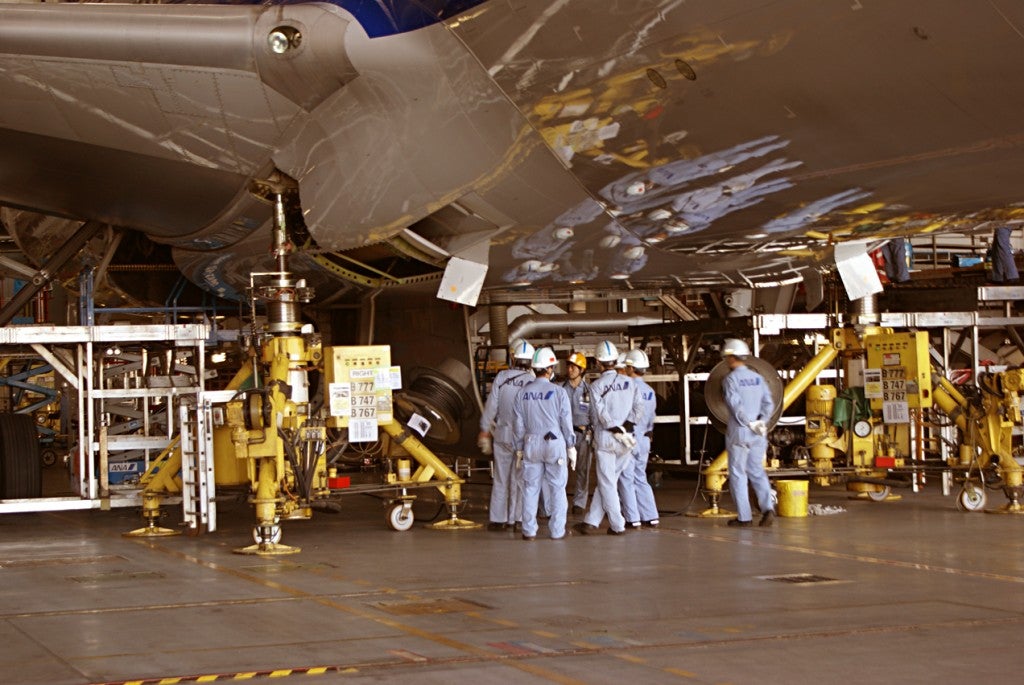 Engineers and crew converge to discuss the work needed on the aircraft. 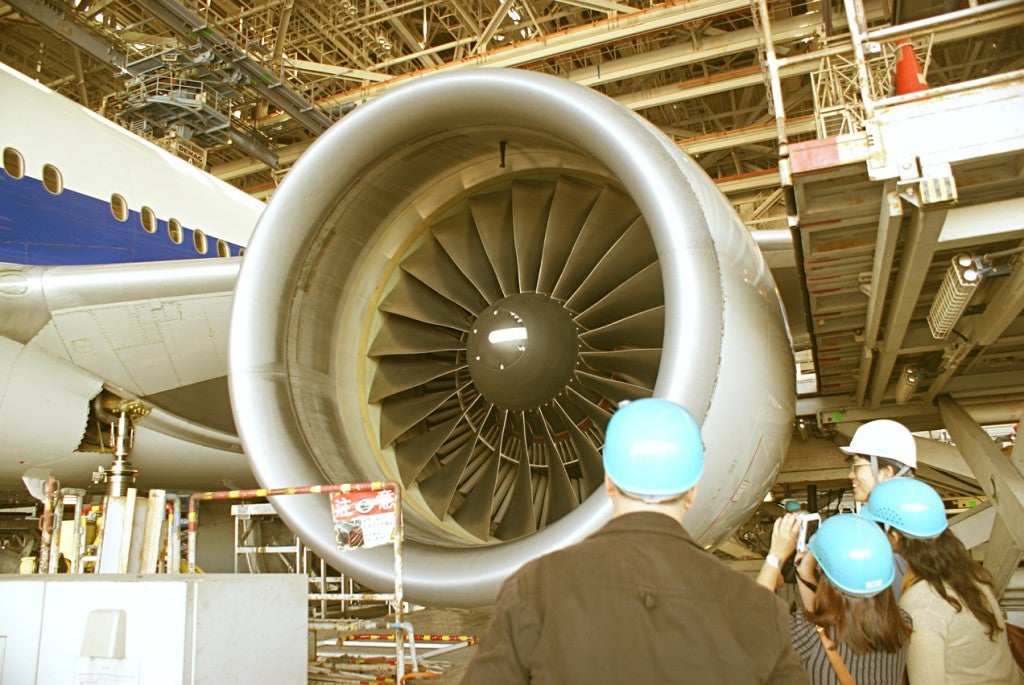 The group gets a closer look at an airplane turbine. 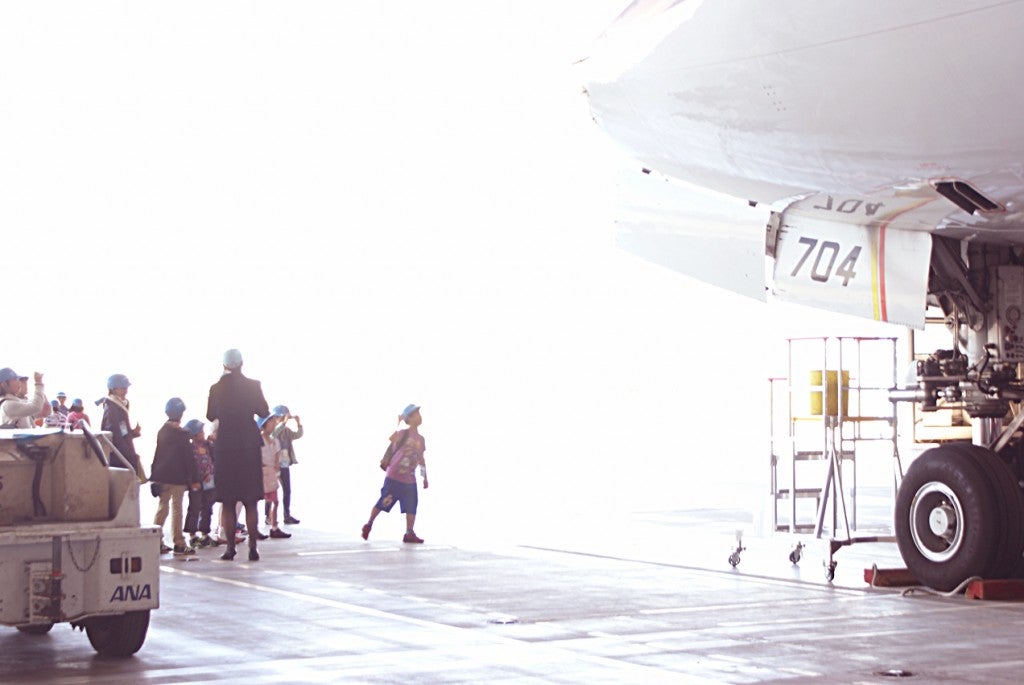 Surprisingly, the ANA Maintenance Center is open to visitors. Groups of school kids are sometimes seen being accompanied by ANA crews within the hangar facilities. Here, a little boy takes a closer look at the nose of an ANA aircraft. 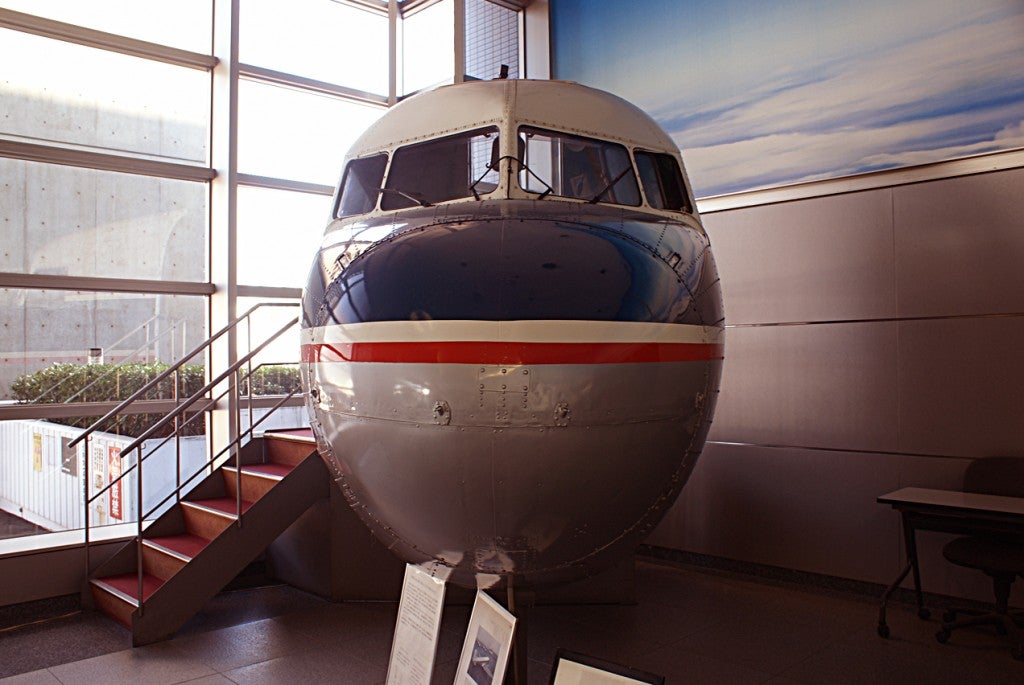 An aircraft replica greets visitors on their way out of the maintenance center.

Through ALL NIPPON AIRWAYS’S global network, you can fly to many international and Japanese cities. Search for flights and book now at www.anaskyweb.com

All images are property of INQUIRER.net