This time, BIR goes after florists 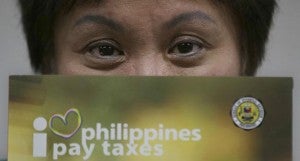 MANILA, Philippines—Continuing its relentless shame campaign against delinquent taxpayers, the Bureau of Internal Revenue (BIR) has released data showing that some of the country’s more popular flower shops are tax evaders.

In its latest Tax Watch, a weekly print ad showing the level of tax compliance of various sectors, the BIR said half of the 10 well-received flower shops in the country cited in the Spot.ph online lifestyle page, did not pay taxes in 2012.

“Out of these 10 flower shops, only half declared their income tax due for 2012,” the BIR said in the print ad.

Designer Blooms, which the tax bureau described as one of the bigger chains with more than 40 branches nationwide, was among those that did not pay taxes in 2012. It did not file an income tax return (ITR) for that year, the BIR said.

Other flower shops that did not file ITRs in 2012 were Blue Barn and Flowers by Sylvia.

Two other shops—Specialty Florists and Fruits in Bloom—were also delinquent in that they were not even registered taxpayers. The two shops did not even have tax identification numbers (TINs), the bureau said.

The BIR said the five other flower shops in the Spot.ph list did declare income tax due in 2012, but the amounts remitted were inadequate.

Teddy Manuel, which the BIR said was engaged not only in flower arrangement but wedding planning, declared an income tax due of only P1,463.

The BIR’s move to review the tax compliance of various business sectors is part of the government effort to boost revenue collection amid rising expenditure requirements.

The bureau has also been pressed to implement tougher antitax evasion measures because of the substantial revenue losses that the government has been suffering. According to estimates by the World Bank, the government loses about P450 billion a year from tax evasion.

The BIR, which accounts for more than 60 percent of the national government’s total revenues, is tasked to collect P1.456 trillion in taxes this year, 19.6 percent higher than its collection last year.