Bringing Sweepstakes back in Filipinos’ minds 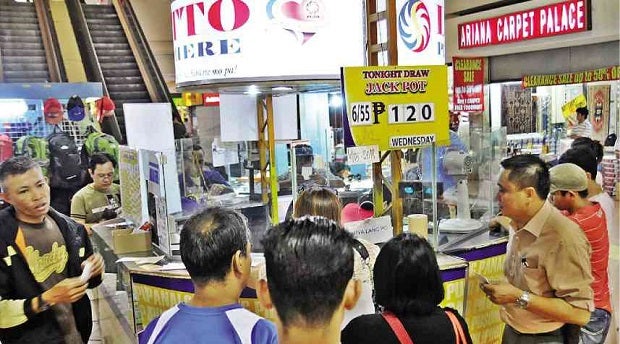 THAT LOTTO ticket or the Sweepstakes stub you buy goes a long, long way in helping fellow Filipinos get through their medical needs, PCSO chair Margie Juico exhorts

Even the most popular of brands can meet an untimely death.

For instance, the brand ‘’Sweepstakes” was synonymous to luck, to big winnings and incredible fortunes when it was first introduced in the Philippines in the ’60s. 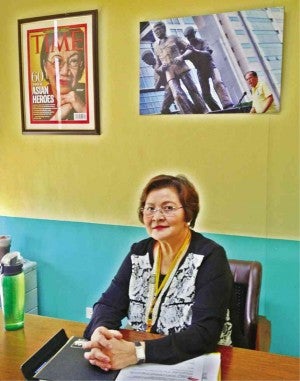 PCSO Chair Margarita P. Juico and her team tries to strike a balance between fund generation and provision for charity

Filipinos in the olden days would keep those little stubs of paper in their wallets, or even insert them between the pages of tiny novenas or prayer booklets in the hopes of scoring a major win.

Those tickets, usually sold out side churches, were many people’s hope to good life and instant prosperity.

But even Margarita P. Juico, chair of the Philippine Charity Sweepstakes Office (PCSO) admits that ‘’Sweepstakes” is now a dying brand, a concept that is steadily declining into oblivion.

“People now want instant gratification. They want to know immediately if they won or not and this is not possible with Sweepstakes. When PCSO introduced the Lotto in the ’90s—to the detriment of the Sweepstakes—people immediately turned to it,” assesses Juico.

But the PCSO is not about to give the death sentence to traditional Sweepstakes as it still earned for the institution about P12.5 million in retail receipts in 2013. PCSO does not intend to let go of the significant investments it has made in the past decades to build the traditional Sweepstake brand, even if draws are now being held just once or twice a year. Juico says they market it as dedicated draws, ideal for fund raising of organizations and other institutions.

“We are still trying to improve on it because the machinery is there, we have what you call instant Sweepstakes, we still print the tickets and we started a few months ago, and it is turning out to be successful. Yet we recognize that the buying public wants novelty in what they are buying,” Juico says. 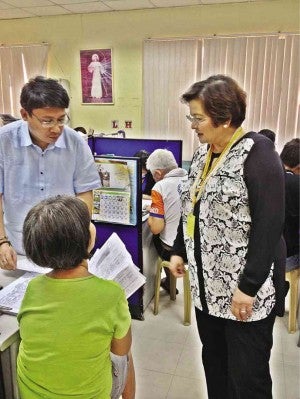 The PCSO is more than just an office that churns out lottery games and gives millions of pesos in prizes. The task to make its products palatable and exciting to the buying public is enormous—so much more because this is where the funds for charity come from.

Last year, total revenues from Lotto, Small Town Lottery (STL), and Sweepstakes totaled to P31.6 billion, and about P4 billion are earmarked for charity. Lotto is thus PCSO’s fair-haired game, so to speak, having contributed roughly P29.7 billion or 93 percent to the PCSO coffers last year.  Without the people lining up at the Lotto outlets, or participating in the other numbers games, the millions who are benefiting from PCSO’s health and medical charities would be rendered helpless and despondent.

“From our gross receipts, two percent go to printing, the remaining 98 percent are split three ways—15 percent to operating funds, 30 percent to charity, and 55 percent go to prize funds. Of the charity fund, 44 percent go to mandated beneficiaries some of which are really outside our mandate of health programs, medical assistance and charities of national in character,  like the National Museum, the Commission on Higher Education, migrant workers, etc. So it is necessary for us to maximize efforts in fund generation because we want to increase the funds for charity,” Juico reveals.

Thus even amid controversies, PCSO does not stop in coming up with new games that can entice the buying public, which when profiled, are the same steady market it has had for years, mostly belonging to the CDE income brackets. Juico says they have observed that new games and bigger prize pots are guaranteed to bring in increased revenues. A higher pot entices more buyers from the A and B income bracket as well.

“We have to introduce new games because the people always want to buy new ones.  We came up with a Scratch-It game, with Bingo Milyonaryo last year and we have given it one year to take off until May of this year. Three are in the pipeline—digit games, number games, all connected to our lottery—and all of them are being given a gestation period of six months to see how successful it will be.  We check how high the demand is. The gauge of a game’s success is what they bring in, it is all about revenues. We will give authority to operate so we will be given the revenues we need,” Juico states.

The challenge to earn more this year is even more daunting as last year’s earthquake in Bohol, the siege in Zamboanga, and killer Supertyphoon “Yolanda” consecutively happened and affecting about 600 outlets in the said areas. These calamities dealt a big blow on PCSO’s coffers, losing almost P1 billion in revenues. The cancellation of the lawmakers’ Priority Development Assistance Fund (PDAF), some of which used to go to health and medical assistance of the solons’ constituents, also contributed to the spike in the number of people lining up at the PCSO offices for assistance.

“We have just been relying on Luzon outlets lately. But the bad news is that even as our revenues went down, the number of people asking for help continues to rise. It is but a good thing that we have a buffer when PCSO earned from successful big lotto draws last year. The 741 draw last year brought us almost P3 billion. Once the pot reaches the hundreds of million, people start to buy,” she says.

Furthermore, PCSO is marketing its products and services by going to the provinces. Juico notes that before, 85 percent of PCSO beneficiaries come from Metro Manila, mainly because those who are in need in the provinces could not access PCSO’s services. To resolve this imbalanced situation, they have opened provincial offices, such as those in  Surigao del Norte, Benguet, La Union, Negros Oriental, Bohol, etc. The provincial offices are seen to strengthen revenue generation activities as well as disseminate to people in the barrios information on PCSO’s services and programs, and facilitate help coming from the Manila headquarters.

Juico has been involved with the PCSO since the time of her good friend, President Cory C. Aquino. She was also reappointed as director during the administration of Presidents Fidel V. Ramos and Gloria Macapagal-Arroyo, until she resigned in 2005 after Cory publicly called for the resignation of Arroyo. But being a member of the board of directors for decades did not necessarily  expose Juico to the true workings of this institution—until she assumed leadership in 2010, under President Noynoy Aquino’s prodding.

For instance, upon discovery by gut feel, she ordered cutting down on paper expenses and eventually saved PCSO about P27 million a month! Branch offices in the provinces have also reduced rental expenses by being creative, and coordinating with LGUs they are serving.

But Juico says this is not to say that PCSO is already in the black.

“Slowly, we are fixing things around here in all aspects. The former administration claimed they left us with P3 billion, but conveniently forgot to say they also left P7 billion in debts. Today, we have paid the principal amount of our tax debts because taxes had been left unpaid since 2007. We are negotiating with the BIR on the surcharges and penalties,” Juico says.

This year, it will also be PCSO’s 80th year and Juico wishes to make the celebrations more meaningful and impactful by increasing the number of beneficiaries.

“We want people to realize that if you are poor, you can pin your hopes on PCSO. We want to see the day when every person who goes to a hospital need not be scared [because] he didn’t have a centavo. He will be served, because PCSO is there to help,” Juico concludes.