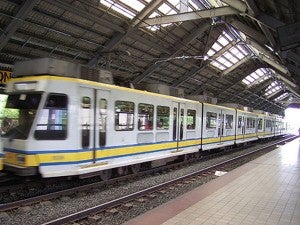 Almost all bidders are seeking more time to prepare offers ahead of the April 28 bid submission deadline for a massive overhead railway public private partnership (PPP) deal that would link Metro Manila and Cavite province, raising the likelihood of another extension, a person with direct knowledge of the matter told the Inquirer.

Out of seven groups vying for the P65-billion deal, which will involve the construction of an 11.7-kilometer extension of the Light Rail Transit Line 1 (LRT-1) to Bacoor, Cavite, and the operation of the entire line, only San Miguel Corp. had expressed its capability to submit an offer by the deadline, the source said.

Transportation Undersecretary Jose Perpetuo Lotilla did not immediately respond to a request for comment.

He said earlier that any extension request would be viewed upon “favorably” if sought by the majority of bidders. Such a decision would help the department avoid similar results to last year’s failed auction of the LRT-1 extension PPP deal.

Earlier, MTD Philippines said it would need an additional three to four months after its original partner, Samsung of South Korea, pulled out of the consortium for the rebidding, citing delays and its preference to focus on other projects.

MTD Philippines head Isaac David said they have come to an agreement “in principle” for Singaporean SMRT Corp. Ltd., which operates railways, buses and taxis, to join their consortium but the latter still needed time to review the PPP deal, considered among the government’s big-ticket projects.

Metro Pacific Investments was also seeking a deadline extension, citing areas in the concession agreement that still needed to be clarified. It also cited the lack of a final location for the common station in Quezon City that would link LRT-1 and MRT-3, as this was deemed crucial in structuring its bid.

The LRT-1 extension aims to provide an affordable commuting alternative for about four million people living in Parañaque, Las Piñas and Cavite, the DOTC had said.

Ridership at LRT-1, which served about 470,000 passengers a day last year, was projected to hit a ridership of about 820,000 once the system is complete in 2019.  The winning bidder will operate the entire LRT-1 system for a period of 35 years, including construction, information on the PPP Center website showed.

NCR’s COVID-19 cases rise by 65% in past week; Pateros, Malabon at critical risk