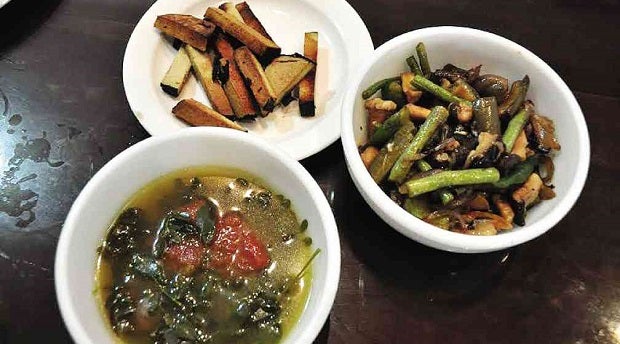 You may have often heard that fatalistic remark of some people lamenting that they are “doomed” to suffer this or that debilitating disease because their parents, grandparents or kin suffered the same disease. “It runs in our family,” they say in surrender, “so why fight it?”

And so these people go about their days smoking, drinking and eating unhealthy, resigned to their fate, and most likely hastening the inevitable.

But just how much do our genes actually play in our risk for contracting “inherited” diseases?

T. Colin Campbell, PhD, Jacob Gould Schurman professor emeritus of Cornell University’s nutrition biochemistry, whom Inquirer Science/Health was able to interview, explained it thus: Genes do not determine disease on their own. Genes function only by being activated, or expressed, and nutrition plays a critical role in determining which genes, good and bad, are expressed.

In his book “The China Study,” which he co-authored with Thomas M. Campbell, MD, the professor stressed: “Not all genes are fully expressed all the time. If they aren’t activated, or expressed, they remain biochemically dormant.”

So, what causes some genes to remain dormant, and others to express themselves? The answer: the environment, especially diet.

Campbell noted that it would be more helpful to think of genes as seeds.

“As any good gardener knows, seeds will not grow into plants unless they have nutrient-rich soil, water and sunshine. Neither will genes be expressed unless they have the proper environment. In our body, nutrition is the environmental factor that determines the activity of genes.”

Campbell, who counts over 80 years of research as part of the China-Cornell-Oxford project that serves as the basis of the book, also pointed to the finding that casein, which makes up 87 percent of cow’s milk protein, promotes all stages of the cancer process.

Conversely, the question would be, what type of protein did not promote cancer, even at high levels of intake? The safe proteins were found to be from plants, including wheat and soy. In Campbell’s studies, dietary protein proved to be so powerful in its effect that cancer growth could be turned on or off simply by changing the levels consumed.

Nutrition expert Rea Frey, author of “Power Vegan,” advised those with an aversion to soy to stick to a large variety of soy-free food such as lentils, almonds, chickpeas, tahini, seeds, peanuts (remember that peanuts are a legume), peas and rice.

Frey, who is an International Sports Sciences Association-certified trainer, said the following plant-based protein sources would help curb cravings, keep you full and give you the same amount (if not more) of protein, vitamins and minerals per serving you would find in meat.

• Instead of eating chicken or turkey, try seeds: pumpkin, sunflower, chia, flax, sacha inchi, or hemp seeds. Simply toss on salads, in smoothies, or in soups for a powerful dose of vitamins and protein.

• Instead of beef, try legumes such as peas or beans. Legumes can include beans and dry seeds. Per cup (177 grams) serving of beans (kidney, black, garbanzo, or lentils), one gets 16 to 28 grams of protein, along with iron, a good source of fiber, and negligible fat.

• Instead of fish and eggs, try hemp. Hemp is an amazing complete plant protein full of essential fatty acids, fiber and vitamins B and E.