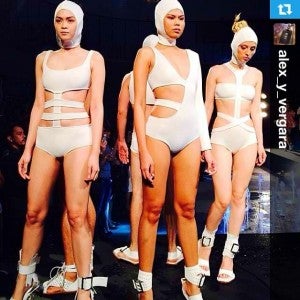 STOCKHOLM—Swedish fashion giant H&M announced strong profits Thursday amid plans for a large-scale expansion of outlets in Asia and online but shares dropped sharply as the figures missed expectations.

The group reported a 7.7-percent annualized growth in profits to $409 million (297 million euros) for the first quarter of 2014—running from December to February—slightly below analysts’ forecasts.

“Sales have got off to a good start … in a fashion retail market that in many places is still characterized by a challenging macroeconomic situation, and we have continued to gain market share,” chief executive Karl-Johan Persson said in a statement.

“We have a strong customer offering with many great collections and we are constantly working to further develop and broaden our product range.”

The fashion retailer said that sales grew by 12 percent to $5.8 billion in the three months as the group expanded online.

The online expansion is expected to continue for the rest of 2014, with the company opening a new website in France in March and confirming plans for more sites for Spain, Italy and China by the end of the year.

In 2013 the group passed the 3,000 mark in terms of stores around the world and plans a further 375 in 2014, including outlets in new markets such as India, the Philippines and Australia.

On Thursday the group also announced on Twitter that it had opened a new store in Hawaii.

In early afternoon trading on the Stockholm Stock Exchange, the group’s share price was down 4.14 percent in an overall market down 0.85 percent.

Old Navy next week, H&M in August–battle of brands accelerates even more in 2014