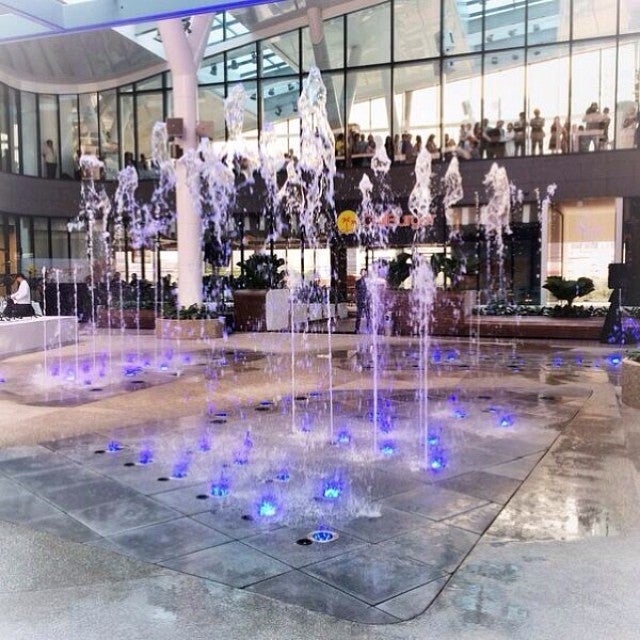 MANILA, Philippines—Century City Mall, the first new mall to open in Makati in about a decade, is seen generating at least P100 million in annual net income—supporting developer Century Properties Group’s bid to create a pool of assets with recurring income from leasing.

The P1.4-billion new mall was inaugurated on Monday after a soft opening in mid-February, opening up 17,000 square meters of net leasable space. Graham Coates, general manager of the new mall, said 100 percent of the leasable space has been taken up.

Century City Mall is a five-level lifestyle center with a gross floor area of 50,000 square meters. It has 110 tenants of which 68 are now operating and another 20 scheduled to open by next month, according to Coates.

CPG chief operating officer Marco Antonio told reporters that this new mall would generate P100 million in net income on the back of close to P250 million in revenues each year starting next year, the first full year of operations. This mall should generate over P100 million annually once it’s stabilized.

“We actually wanted to build a statement and also, number one, attract the right tenant mix. We’re going for the AB crowd here, as seen by the quality of tenants and injection of fresh concepts,” Antonio said.

“Payback I would say is close to 10 years more,” he added.

CPG is developing a leasing portfolio by consciously injecting leasable components in every property project. Aside from this new mall in Century City—which is located along Kalayaan Avenue—CPG is building office buildings and creating retail space in some of the residential towers, according to Antonio said. A portion of the residential space in this complex will likewise be kept in CPG’s balance sheet to add to the leasable portfolio.

“Century City Mall serves as an exciting new complement to the current retail centers in Makati City. The general reception during our soft launch last month showed that people are very much open to new retail concepts and are excited to see a public space that is architecturally distinct,” Coates said.