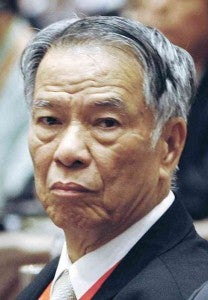 The 32-percent decline in net profit was on a pro-forma basis as LTG’s stake in PNB was included in the 2012 pro-forma income for clearer comparison. Without such inclusion, the unaudited attributable net income of P8.67 billion was 15 percent higher than a year ago, the conglomerate disclosed to the Philippine Stock Exchange on Friday.

PNB was folded into LTG in February 2013 and the conglomerate boosted its ownership to 56.47 percent at the end of the year from an initial 45.5 percent.

Banking arm Philippine National Bank posted a four-percent decline in 2013’s net profit to P6.2 billion, largely due to losses incurred by its non-life insurance business. To lighten the bank’s balance sheet, it plans to sell this year a substantial portion of its P20 billion real and other properties acquired.

“This was exacerbated by the illicit trade from a competitor who kept the price of low-end cigarettes at an economically unsustainable level of P1 per stick or a truck price of P14.70 per pack,” LTG said, noting that the P12 excise tax plus the P1.58 value added tax (VAT) leaves only P1.12 per pack to cover the cost of production and distribution. If this competitor is paying full taxes, LTG noted that such pricing mechanism was “unrealistic.”

For Asia Brewery, net income rose by 32.5 percent to P1.04 billion. Excluding one-time gain from the sale of a property in Pasong Tamo, core income fell by 4.4 percent to P752 million.

Tanduay’s net income fell by 82 percent to P185 million on one-time expenses from the close of its old plant in Quiapo. Excluding this, core income dropped by 92 percent to P290 million as sales volume was affected by higher excise taxes and stiff competition.