2 senators score lack of due diligence in airport bidding 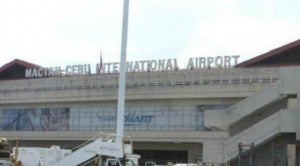 Senators Sergio Osmeña III and Antonio Trillanes IV have scored the Department of Transportation and Communications pre-qualification bids and awards committee for overlooking pertinent information regarding the GMR-Megawide consortium, which submitted the highest bid for the renovation, expansion and 25-year management of the Mactan Cebu International Airport. File photo by Frances Mangosing/ INQUIRER.net

MANILA, Philippines—Senators Sergio Osmeña III and Antonio Trillanes IV have scored the Department of Transportation and Communications (DOTC) pre-qualification bids and awards committee (PBAC) for overlooking pertinent information regarding the GMR-Megawide consortium, which submitted the highest bid for the renovation, expansion and 25-year management of the Mactan Cebu International Airport (MCIA).

The P17.5-billion project is under the government’s public-private partnership (PPP) program.

Osmeña pointed out that the PBAC’s pre-qualification report on the bid of seven consortia consisted of merely two pages and “is not something that one can describe as the result of due diligence.”

Science Undersecretary and PBAC head Jose Perpetuo Lotilla explained that a post-qualification review is in the rules precisely to verify the veracity and completeness of the documents submitted by the bidder.

In Congress, Cebuano representatives expressed concern over Megawide being awarded three of the four PPP projects it had bid for, the first of which was for the Department of Education that called for the completion of 7,146 classrooms by last month.

Megawide originally asked for an extension of the deadline up to the end of this month but was reported to be seeking an extension up to December. Seventy-six percent of the classrooms have not yet been completed as of the original deadline.

Filinvest-Changi, which offered the next highest bid, called the PBAC’s attention to an apparent conflict of interest arising from the partnership of GMR with Malaysia Airports (MAHB) of the First Philippine MAHB consortium. MAHB’s managing director sits on the board of directors of GMR’s airport affiliates.

Proceed with the awarding

Amid the controversy, Megawide chief marketing officer Louie Ferrer urged the DOTC to proceed with the awarding.

However, Filinvest spokesman Eleuterio Coronel said their company had written the PBAC on Jan. 2, 2014, about the issues involved before awarding is done.

“We hope they are finished with the review so they can proceed with the bid. And in accordance with President Aquino’s daang matuwid (straight path) policy, we trust the PBAC will strictly follow the bidding rules, interpretation of which has been clarified in several pre-bid bulletins,” Coronel said.

He added that while the PBAC was undertaking the review, GMR-Megawide should stop referring to Filinvest-Changi as a losing bidder in its statements and advertisements.

“No final decision has been announced by the DOTC, the PBAC and the MCIAA,” Coronel said. “The bid rules call for disqualification of bidders who violate conflict of interest rules and for the PBAC to immediately proceed to post-qualify the next highest bidder.”