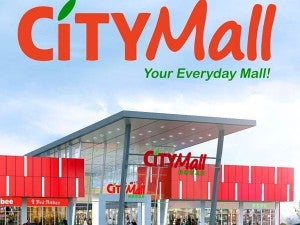 For the first 25 CityMalls that will be completed between now and the end of 2015, capital outlays are estimated at P6.35 billion, Sia said at an investors’ briefing in relation to DoubleDragon’s initial public offering.

After raising equity through an initial public offering worth as much as P1.16 billion, Sia said DoubleDragon would tap the debt market to augment funding for its expansion plans.

“The company intends to offer P3 billion first tranche of fund raising either (through sale of) bonds or corporate notes or combination by the second quarter of this year,” Sia said.

While bonds require a tedious registration process because they are sold through retail investors, corporate notes are sold to no more than 19 institutional investors, thus offering faster fund-raising for top-tier corporations.

CityMall, which the company intends to be its flagship project, is envisioned to become one of the largest independent community mall chains in the country with a footprint of about 5,000 to 10,000 square meters each. Each community mall will be located in prime locations all over the country, but mostly in the Visayas and Mindanao.

Ahead of DoubleDragon’s IPO, tycoon Henry Sy’s SM Investments Corp. has acquired a 34 percent stake in CMCCI but DoubleDragon kept a 66 percent interest as well as management control.