Discover the magic, power of language 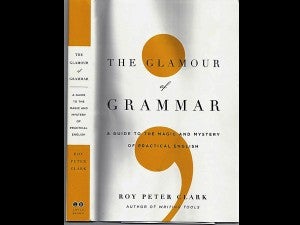 Everytime I pass the South Luzon Expressway, northbound, I read this billboard of a finishing agency, John Robert Powers, which reads: “Don’t let bad grammar come between you.” It is catchy for two reasons.

One, it’s good to know that an organization wants to propagate the correct use of grammar in spoken and written English (or, maybe, in another language like Filipino), even among those whose business is to be “socially correct.”

Two, “bad grammar” – I prefer “wrong grammar” – focuses on the need to properly use the language with the right principles and rules. I said, here’s an agency pre-occupied with form, which is also concerned with something of substance that, yes, makes for good form.

Here’s a book, “The Glamour of Grammar,” that invades not only the classrooms, but the spheres of chic and sophistication, that presents itself as a “Guide to the Magic and Mystery of Practical English.”

To the classroom English teacher, it is a complete guide to animate discussion and to make grammar teaching exciting once again, because the book brings you to the thrilling experience of looking at words, sentences, and punctuation marks as your tools for writing superb English, and for telling a story, painting story with words and harnessing the wonder and might of wordplay.

To the professional – in the arts and sciences, even in the ritzy world of fashion and showbiz, learning from the author – who, by the way, is the mentor of many Pulitzer Prize winners, aspiring or accomplished.

Quoting “The Word Detective,” the Roy Peter Clark tells us that “glamour” and “grammar” are essentially the same word. In classical Greek and Latin, “grammar (from the Greek “grammatikos,” meaning “of letters”) covered the whole of arts and letters, i.e., high knowledge in general.

In every page, you will note that Roy Clark has fallen hopelessly in love with the English language. And when you begin to read his 294-page book, you will start falling in love to with the still generally undiscovered magic and mystery of the written and spoken word in English.

A master of the language, Roy Clark even gives us interesting facts about words and how they become acronyms. Scuba, he reveals, is the acronym of “self-contained underwater breathing apparatus. Radar is the shorthand for “radio detecting and ranging,” and “laser” is the abbreviated “light amplification by stimulated emission of radiation.” Pardon, dear readers, but the F-word, comes from a log book in a police precinct, which is the acronym of “for unlawful carnal knowledge.”

The author asks the reader to distinguish between an acronym and an “initialism.” AIDS is an acronym, while HIV is an initialism. This rule was already taught me by professor of Journalism, Jun Icban, who said an acronym is a set of initials that are pronounced as a word. An initialism must be spoken still as initials like IBM.

That’s just for the tail-enders in this book, which is rich in a master’s guide to using the English language. The author also volunteers that English, an Anglo-Saxon language, is gifted with short words – compared to Latin, French (and even Filipino), which use long words to express the same meaning. Roy cites many cases of the “short word economy of English.”

This example from an airplane’s instruction says it all: “… y mientras la luz de abrocharse el cinturon esta encendida,” is translated in English as “…and while fasten seatbelt light is on.” He observes, “It takes ten Spanish words and forty-nine letters to convey what we can say in English in seven words and thirty-one letters.”

Even up to this point, you will know that, through this book, you are having a conversation with the most interesting mentor on the mightier use of the language. This is not only for journalists who must enrich their style from the “inverted triangle” formula to the magical mix of “particularity and abstraction” in telling a story. This must also be true for magistrates who must surround their legal points with the necessary truths about human strength and frailty, about moral anchors and ethical frailties.

He offers only four parts in this book: Words, Points, Standards, and Meaning. In every part, however, is a treasure of themes and topics that instantly brings out new ways of using words where he counsels: “Enjoy, rather than fear, words that sound alike.” He deals with punctuations as if they are human, with this advice: “Embrace the three amigos: colon, dash, and parentheses.” On standards, “Be certain about the uncertain subjunctive and other ’moody’ subjects.”

“Switch tenses, but only for strategic reasons,” he counsels us on how to convey meaning. The examples presented are long paragraphs, so I will leave the reader to take note of the “strategic switch.” He invites masters of the language do “learn how expert writers break the rules in run-on sentences.”

I noted two suggestions that should remind us to be free to mix the abstract and the concrete. It’s really about “showing and telling,” he says—and we know “show and tell” since kindergarten, right? He cites the “ladder of abstraction” popularized by linguistic professor S. I. Hayakawa. At the low end should be concrete language like “grass, fruit, littered bottles,” and at the higher end could be “abundance, abandonment,” etc.

A chapter, titled “Harness the power of particularity,” focuses on why some prose are unforgettable, while other compositions are, well, easily forgotten.  Get details, first, and make abstraction later. Get the name of the dog, the plate number, the car’s description, the bag’s contents—to reveal a character.

Roy Clark, the mentor of many Pulitzer Prize winners, says at the start, that he identifies of lovers of language like Bryan A. Garner, editor of A Dictionary of Modern American Usage. The one who Clark calls the apostle of grammar is quoted: “The reality I care about is that some people will want to use the language well… They want their language to be graceful at times and powerful at times… They want good grammar, but they want more: they want rhetoric. They want to use the language deftly so that it’s fit for their purposes.”

After reading this book, I intend to keep, not only to consult it every time I need it – and that would be frequent – but also to share the enthusiasm of a few like Roy Clark, who defines “enthusiasm” as “to have God in you.”