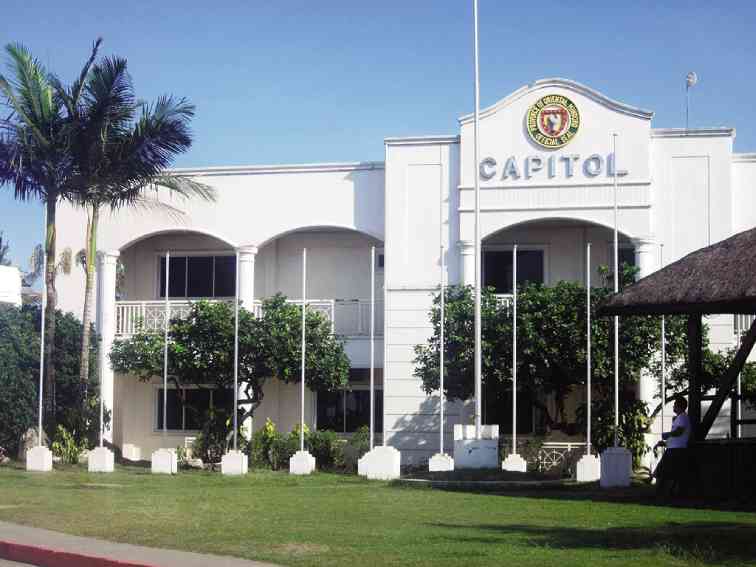 THE Provincial Capitol in Calapan City.

Tourism, investments and livelihood play an important part in the development of Oriental Mindoro, and thus the three disciplines have been placed, so to speak, under one roof: the Provincial Tourism, Investments & Enterprise Development Office (PTIEDO), based in the capital city of Calapan.

This is headed by Orlando B. Tizon. ([email protected])

Domestic tourists spend around P3,000 a day, estimates Liwanag Infantado, senior tourism operations officer, while foreign tourists on the average spend more: P5,000 a day. And they stay in a hotel three to four days. The top tourist attraction here is Puerto Galera.

Domestic tourists are more frequent during weekends and holidays.

Records show that there were 197,500 visitors in the province in 2012. “The figure is understated,” Infantado believes.

The pitch for investments is aimed at investors within and outside the province, at Filipino and foreign entrepreneurs. “Europeans have expressed interest in investing in agribusiness,” 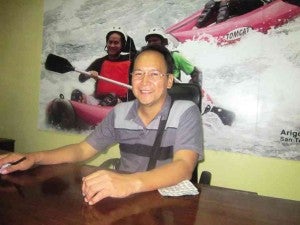 The latter is a well-known whitewater rafting destination in Oriental Mindoro.

A bigger investment project has to do with promoting kalamansi (citrus) as a commodity, entailing P30 million by the end of the first quarter. “Kalamansi is part of the citrus family but it is known as lemon in the international market,” observes Sevilla. “And that is where we will place kalamansi.”

The six-year program was proposed by NGOs from the rural areas, and is being funded by the World Bank, the Department of Agriculture, the Provincial Government and the proponent group. 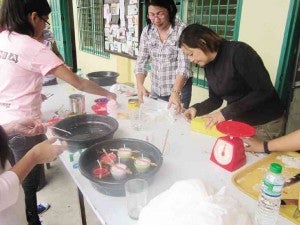 The Enterprise Development Division of PTIEDO trains and assists through loans farmers and fisherfolk, among other groups, who need an alternative livelihood so as to augment their income.

When storms ensue or calamity strikes, for instance, the livelihood of farmers and fishermen is severely affected.

Soap-making and candle-making, product labeling and enhancement of product are among the activities of the program.

The micro-loans, with three years to pays, are intended to increase rice yield or to make this commodity more accessible in remote areas, set up sari-sari (variety) stores and groceries or a store for fishing materials, raise goats, maintain a broiler, and priority needs as identified by the community.

The beneficiaries are from 165 organizations which have members numbering from 20-60. There are material as well as spiritual rewards as a result of the program, according to Elena Opeña-Catampungan, enterprise development assistant.

“Their children can go to school and they can buy material goods,” she says. “They have their own business and some of the products of the organization go to Manila, to trade fairs. Many are now busy na dati nagkukwentuhan lang (while before they would just engage in idle talk).”

As for the nonmaterial benefits, Catampungan points out, “they have gained values, are more united and less prone to envy. Also, they are more aware of the environment.”