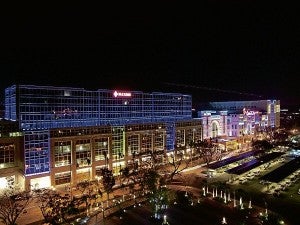 TO FURTHER accommodate the growing number of visitors, more hotels are slated to be constructed within Newport City by 2016.

These are just some of the international luxury hotel operators that would either come into the country or experience boom times from 2014 to 2017, as forecast by CBRE Philippines during a Jan. 23 press briefing in Makati. It also reported that luxury hotel accommodations would play a major role in the hospitality sector, and that MICE (meetings, investments, conventions and exhibits) locations would pick up their businesses, and gaming establishments would draw in more foreign guests.

The Colliers International market overview (for 4Q 2013) predicted that in the next three years, up to 4,300 rooms would be “delivered” annually, the highest number since 1988.

JLL forecasts more of such branches to be built over the next few years as RLC has offered the brand for franchise. In particular, Singapore-based Vanguard Hotels Pte. Ltd., in partnership with Roxaco Land Corp., is set to construct at least five new branches in the next two years.

JLL also cited residential property developer Vista Land & Lifescapes Inc., which plans to venture into hotel and resort development. According to the firm, the planned venture is mainly supported by the strong performance of the tourism industry. The firm has formed a new unit that would focus on the development of hotels and resorts, likely starting in 2015.

Colliers International Philippines’ comprehensive report indicated that of the 4,120 rooms to be completed in 2014, more than 40 percent would be concentrated within the Pagcor Entertainment City, such as Belle Grand City of Dreams (920 rooms) and the surrounding Mall of Asia Complex, such as Radisson Hotel (500 rooms) and Tune Hotel (204 rooms).

“As the government strives to reach its foreign tourist arrivals target of 10 million in 2016, local real estate firms are joining the hotel and leisure sector to augment the accommodation needs of foreign travelers,” reported Colliers.

It added that the Carlson Rezidor Group had partnered with the SM Hotels and Conventions Corp. (SMHCC) to launch the 150-room Park Inn by Radisson in Clark, Pampanga. This project is set for completion in 2016.

Colliers also observed that Ayala Land, through its hotel and resort corporation, had launched two new Seda hotels in its emerging mixed-use developments in Vertis North and Circuit Makati, both of which would be operational in the next three years.

RLC, for its part, aims to complete 1,200 rooms in its portfolio by 2014 by launching three Go Hotels—one in Ortigas Center, another in Butuan and one in Iloilo.

CBRE reported an 11-percent growth rate of tourist arrivals as of October 2013 (year-on-year) and possibly exceeding 4.5 million for the whole year.

CBRE said: “This may be attributed to the increasing number of international flights to airports outside of Manila, thereby reducing the need to layover in Manila and easing the access to other major tourist destinations in the country like Boracay Island. The Mactan Cebu International Airport Authority, manager of the second largest airport in the country, reported a 15-percent increase year-on-year in the number of international flights at the airport from January to October this year from 3,972 to 4,581 flights.”

Colliers also reported that growing interest in the Philippines as a tourist destination and a business investment option has been driving hotel room rates to consistently increase in Metro Manila.

On the other hand, three-star room rates continued to improve significantly at 9.5 percent half-on-half, 250 basis points higher than the 7-percent growth posted in the last period. This can be attributed to the increasing number of local and foreign tourists seeking quality accommodation at affordable prices. Meanwhile, corporate rates grew considerably across all classifications at an annual average of 15 percent.

Read Next
Stylish resort strives to make staying ashore as pleasurable as diving itself
EDITORS' PICK
Rare earth metals at the heart of China’s rivalry with US, Europe
Kai Sotto continues to inspire Filipinos by sharing his passions and stories with Smart Prepaid
G7 rivals China with grand infrastructure plan
PNP, PDEA destroy P25.8M worth of marijuana in Kalinga
Ahead of ONE: Full Blast II, Mongkolpetch warns Elias Mahmoudi: ‘Watch out for my fists’
Alex Eala wins Grand Slam on Independence Day: ‘I hope I made my contribution to the country’
MOST READ
Chel Diokno, Bro. Eddie, Ate Vi decline 1Sambayan 2022 poll nomination
1Sambayan names 6 choices to pit vs Duterte’s anointed in 2022
Groups slam Duterte ‘surrender’ to China
G7 rivals China with grand infrastructure plan
Don't miss out on the latest news and information.