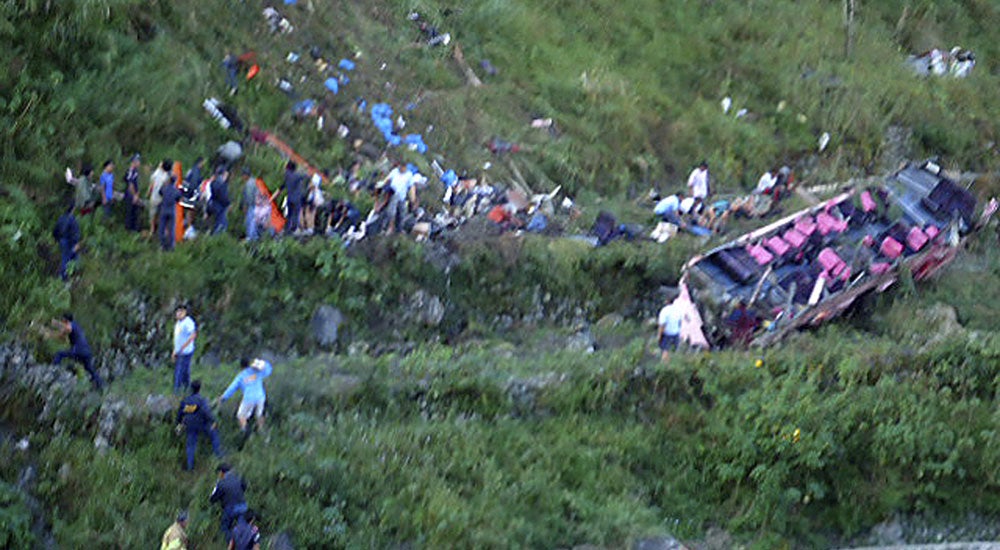 MANILA, Philippines—Some bus companies involved in the most number of road accidents in the country have suspiciously low income tax declaration while seven big bus companies failed to file income tax returns in 2012, according to the Bureau of Internal Revenue.

Its latest weekly “Tax Watch” published on Wednesday, showed that while some of the bus companies prone to accidents did not pay taxes, others paid but the amounts were measly.

The BIR said GV Florida reported gross revenues of P81.06 million in 2012. It declared an income tax due of P1.9 million, which was equivalent to 2.3 percent of its gross earnings.

Mt. Province Cable Tours reported gross revenues of P6.44 million in the same year. It declared an income tax due of only P41,669, which was equivalent to just 0.6 percent of its gross earnings.

Don Mariano Transit reported gross revenues of P40.77 million in the same year. It declared an income tax due of P201,724, which was equivalent to only 0.49 percent of the gross earnings.

But among the bus operators that paid taxes in 2012, Nova Auto Transport declared the smallest amount of income tax due as a proportion of its gross earnings.

Its gross revenues were reported at P34.84 million. The income tax due it declared stood at only P71,842, which was equivalent to only 0.21 percent of the gross earnings.

The BIR said it could not automatically conclude that companies with small tax payments in proportion to their gross earnings have been tax delinquents.

This is because certain deductions from the gross earnings have to be made first before computing the 30-percent corporate income tax.

However, Sales said the BIR would subject to auditing companies whose tax payments are small as a proportion of their gross income to determine accuracy of their claims.

One of the buses of GV Florida crashed in the Cordilleras earlier this month, causing the death of 15 people.

It was reported that the bus of GV Florida was not supposed to be on the road because it was not registered with the Land Transportation Franchising and Regulatory Board (LTFRB) and that the plate number it used was registered with Mt. Province Cable Tours.

Don Mariano Transit was held liable for the death of 20 passengers riding one of its buses that fell off in December.

BIR’s Sales said that while the latest Tax Watch zeroed in on bus companies that were involved in accidents, she added that the tax authority would eventually look at the tax compliance of all bus companies.

She also said the BIR would strengthen its cooperation with the LTFRB in order to address the suspected tax evasion in the transport industry.

In particular, Sales said the BIR got the commitment of the LTFRB that it would no longer renew licenses of public transport operators that are not able to submit ITRs and are not able to secure tax clearance from the BIR.

Meanwhile, the BIR identified seven bus operators that either did not file income tax returns in 2012, declared zero income tax liability in the same year, or have yet to be a registered taxpayer as of that year.

The AM Liner and EM Transit Service have no tax identification numbers (TIN), which means they are operating without having registered with the tax bureau, according to the BIR.

Moreover, it said Gasat Express, Joyselle Express, and A. Carating Transit failed to file income tax returns (ITRs) and to pay taxes in 2012.

Also, the Philippine Corinthian Liner and Jell Transport Inc. filed ITRs but claimed that they did not have any income tax due during the year.

BIR Deputy Commissioner Estela Sales said businesses in operation, whether or not they generated income, should file ITRs in compliance with the law.

As such, the bus companies that did not file ITRs are expected to eventually be pursued by the tax authority for the imposition of appropriate penalties.

“Businesses have the obligation to file ITRs. If a certain company did not earn any income or has temporarily stopped operation for a given period, it must still file an ITR and indicate the details there,” the official said in a phone interview.

In the case of the bus companies that filed ITRs but declared no income tax due, Sales said the BIR also would subject them to auditing to determine the accuracy of their claims.

When mountain travel is fun yet risky