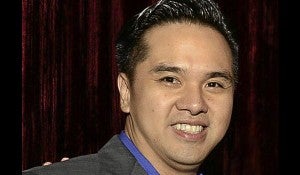 MANILA, Philippines—First it was the National Bureau of Investigation. Now, it’s the Bureau of Internal Revenue (BIR) who is going after businessman Cedric Lee.

The businessman is one of the eight people charged with beating up and extorting money from Vhong Navarro, TV host-comedian whom they had accused of rape.

Internal Revenue Commissioner Kim Henares said Thursday that her office has started to look into Lee’s financial records to determine if he was paying the correct amount of taxes.

According to Henares, Lee caught the eye of the BIR after he described himself as a “reputable businessman” who owned several companies when he defended himself from Navarro’s allegations.

“So we have to satisfy our curiosity… Anytime there’s a controversy, we naturally look at the tax compliance [of the person involved] because it also says a lot about the character of a person whether they comply with laws, including tax laws,” she said.

So far, their initial findings revealed something interesting: Lee was a partner of Tyrone Ong—a businessman sued by the BIR for tax evasion in 2012—in several corporations, Henares said.

Ong, who was implicated in the “Euro generals” scandal, which rocked the Philippine National Police, failed to pay P184 million in income taxes in 2007, based on the case filed by the bureau. She, however, clarified that the information was still in the “early stages of verification.”

When contacted for comment, Lee told the Philippine Daily Inquirer that he was “complying [with] all the tax requirements” although he added that some of the companies he was affiliated with were already dormant.

He also said that he and Ong were no longer partners. When pressed for details, Lee said he had forgotten the names of the firms but pointed out that the data could be gotten from the Securities and Exchange Commission.

Maan Pedro, BI spokesperson, said in a text message that the agency received the order on Thursday (Jan. 30).

Cornejo, a model-fashion stylist, accused Navarro of raping her when he visited her at her unit at Forbeswood Heights condominium in Taguig City on Jan. 22.

Lee said that when he arrived at the condominium to fetch Cornejo as they, along with his sister Bernice, had made plans to go out that night, he caught Navarro in the act of raping her. He added that he and his friends beat up the TV host in anger and in order to control him because he was then resisting their efforts to subdue him and bring him to the police.

Navarro, however, claimed that it was all a setup and that Lee had demanded P2 million from him. On Tuesday, the TV host, through the NBI, filed multiple charges in the Department of Justice against Lee, Cornejo and six others while Cornejo slapped him with a rape complaint in the Taguig City Prosecutor’s Office the following day.

In a phone interview, Immigration Commissioner Siegfred Mison explained that the lookout order would not prevent the five from leaving the country.

This would be possible only if the court handling the case against them issued a hold departure order, he said.

“What we can do is to inform the NBI and the Department of Justice if ever [they] attempt to leave the country,” he added.

De Lima issued the omnibus immigration lookout bulletin for the suspects after the NBI opined that “there now exists a high probability of flight by the respondents” following the filing of a criminal complaint against them in the DOJ.

At the same time, the department formed a panel to conduct the preliminary investigation of the NBI’s complaint against Lee et al.

The NBI, meanwhile, issued a second round of subpoenas on Thursday to three security guards at Cornejo’s condominium building to help them identify the other men who mauled Navarro.

“We have already filed a case and it’s now under the jurisdiction of the DOJ but the NBI is still working to identify the three John Does,” Vicente de Guzman, assistant director of the NBI National Capital Region, told reporters.

Max Meregildo, Lorenzo Ortiz Jr. and Reynaldo Pollente of Megaforce Security were ordered to appear at the NBI-NCR office on Monday. Two others who also received subpoenas —  Soledad Ramos, owner of Cornejo’s unit, and JP Calma, one of Lee’s alleged companions — sent representatives to the bureau on Thursday to ask that the date of their appearance be reset.