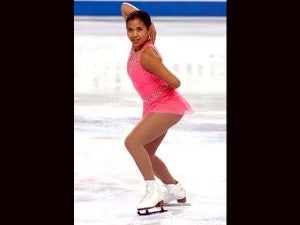 The group of tycoon Henry Sy is set to introduce speed skating as the latest winter sport in town to mark the return of the ice skating rink to SM Megamall, the SM group’s highest-grossing shopping mall, after a seven-year absence.

This is seen in line with the vision of founder Sy, who has fallen in love with ice skating during his overseas trips, to give Filipinos a chance to skate on ice despite the limitations of a tropical setting.

In a press statement on Wednesday, the SM group said the opening of SM Megamall Building D on January 28 marked the return of the ice skating rink in this mall and the birth of speed skating in the country.

Megamall is set to introduce one form of speed skating called “short-track speed skating,” adding to its current roster of winter sports that already includes figure skating and ice hockey.

The rink is open to the public for speed skating for P300 on weekdays and P390 on weekends covering unlimited daily use.

The traditional form of speed skating is long track which is set on an Olympic track oval as big as a football field. Short-track speed skating, on the other hand, is the more popular version since it is done on a regular Olympic size rink measuring 30 x 60 meters.

According to Raymund Retumban, division manager at SM’s ice skating rink operations, the short-track speed skating is similar to a marathon on ice and has become widely popular in other Asian countries like Singapore, Korea and Japan.

“SM has stepped up in developing its leisure product offerings by providing state-of-the-art facilities especially in support of the Filipino athlete,” Retumban said.

Sy built the country’s first ice skating rink in Megamall in 1992, which was originally housed at the basement level. This was shut down in 2006, however, as the ice skating operations were consolidated in the SM Mall of Asia (MOA).

Today, an even bigger ice skating rink in Megamall will be the maiden venue for speed skating. To enhance the skating experience, SM said the new skating rink was designed “like no other in the world.”

“Similar to Tatang’s (nickname of patriarch Henry Sy) vision, we want to introduce a unique sport done through an Olympic size rink in a tropical country. I remember Tatang was so happy seeing kids skating in Megamall and the rinks were always full. We want to share that joy and excitement again with everyone,” Resultay said.

For short-track speed skating, Resultay said no special skills would be required to join, noting this was similar to figure skating. This sport, however, uses longer skates and a race format with 50, 1,000 or 1,500 meter events.

“Initially we would like to tap our ice hockey team for this but eventually we hope to develop new talents,” Resultay said.

To ensure that the rink is safe for races, pads will be installed around the rink and cones will be placed to identify boundaries.

Philippine Skating Union (PhSU) president Manuel Veguillas III said that in order to further develop speed skating in the Philippines, the organization would bring in coaches from South Korea and Japan where the sport has advanced much.

“Part of our jurisdiction at the Philippine Skating Union is to develop skating in the Philippines, not only through figure skating but speed skating as well. In the international arena, they develop both,” Veguillas said.

When the Philippines hosted the Asian Skating Union Congress last November 21, 2013, Veguillas said there were a lot of discussions among our international counterparts to develop speed skating in the region.

“There is a lot of potential for short-track and we are happy that SM is supporting this. This is a unique opportunity for the Philippines,” he said.

The excellence demonstrated by skaters especially during competitions was seen by the organization as reflective of the “world class” venue and facilities made available by SM in the country.

Designed by New York based CAZA, the Olympic-size rink on the fifth floor of SM Megamall Building D showcases an intricate, grill-type Louver ceiling to facilitate better air flow and will use modern technology and strategically located facilities and function areas. It can also accommodate up to about 900 people on the ice.

“This is the first ice skating rink to use a different approach on design. The ceiling design is a breakthrough. They (CAZA) made it just for SM, and this has not been done anywhere in the world. The Louver-type design is like a grill and allows the continuous exchange of air in the facility to avoid condensation,” Retumban said.

The new ice skating rink also features an intelligent cooling system designed to consume less electricity. “This is the first rink to have its own building management system with a cost effective system of refrigeration. For example, if there are less people on ice, the system will automatically adjust to consume less electricity. If there are a lot of people, it will adjust to optimize the operation. That ultimately means we are not wasting any energy,” Retumban said.

The technology is currently being used by SM malls, according to Retumban. “During night time, when the mall is closed, the chiller system will not consume so much electricity and will just maintain its optimal level. Electric consumption is about 30 percent of the expenses of an ice skating rink and with this new technology, we hope to bring down the costs to as much as 15 percent or even lower,” he added.

Over the last five to seven years, Veguillas noted the steady acceptance of ice skating especially among the Filipino youth.

“Before, Filipinos were interested in ice skating but they just merely watched. It was something alien to the Philippines being a tropical nation and all…But SM continued to bring it closer to the people by putting up more than one ice skating rink. Dahan-dahan (slowly), people were starting to say, puede na tayo diyan (we can do this too). Ngayon, ang dami na gusto mag-skate (today, there are many Filipinos who want to skate). The presence of skating coaches and training also helped in convincing them to be more serious about skating.”