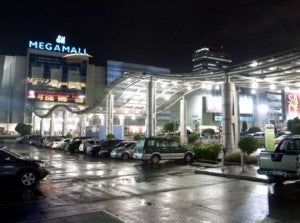 MANILA, Philippines — Swedish fashion retailer H&M is set to open in the third quarter of this year its flagship store in the Philippines at Mega Fashion Hall, a premium wing that has transformed SM Megamall into the country’s largest shopping mall.

With a selling area of 3,000 square meters, which will open by July or August, the upcoming H&M store will be the biggest retail store in the country outside of SM’s own department store and supermarket, Steven Tan, vice president for SM Supermalls premier division, said Tuesday.

Three more H&M stores will be opened in other SM malls, Tan added.

Speaking to reporters during the inauguration of the 101,000-sq m Mega Fashion Hall, Tan said H&M would set up shop in SM Makati, Mall of Asia (MOA) and The Block wing of SM North Edsa. H&M will open in Makati within the year while the stores in MOA and The Block will open early next year, he said.

Mega Fashion Hall will cement the identity of SM Megamall as a premier shopping, dining and lifestyle destination.

The new wing of Megamall is home also to the flagship stores of Uniqlo and Zara. Many other global brands will open their first store in the Philippines at the new wing, including Denmark’s Vero Moda, Spain’s Pull & Bear and Uno de 50, LA- based Joe’s Jean’s, London’s Savile Row and Burton, French shoe brand Nao de Brasil and US skin-care label Philosophy. It will have about 125 tenants, Tan said.

“I think the world is getting smaller, a lot of Filipinos are traveling and a lot of them are demanding (new brands),” Tan said.

About 90 percent of the new locators at the premium wing will be global retailers while many of the homegrown brands will remain in the main mall, he said.

Mega Fashion Mall opened with 51 percent occupancy. It is expected to hit full occupancy by July or August.

For film enthusiasts, the new wing will offer an IMAX Theater as well as private screening functions at the Director’s Club, which has its own butler service. An Olympic- sized ice skating rink and a fully computerized 14-lane bowling center are set to “complete the new mega lifestyle experience,” SM announced.—Doris C. Dumlao