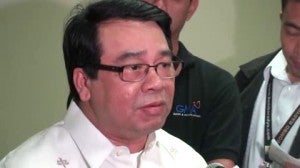 While Meralco claimed it had nothing to gain from the collection of additional generation charge to consumers, Colmenares said it controlled the price offers to WESM.

Therma Mobile, in its comment that it was instructed by Meralco to sell at P62 per kilowatt hour at WESM even if the bilateral contract between the two is for only P8.65 per kwh.

“These acts are antagonistic to the interest of Meralco’s customers, and in violation of Meralco’s duty under Section 4 of its franchise which provides that Meralco ‘shall supply electricity to its captive market in the least cost manner,'” Colmenares said.

Senior Associate Justice Antonio Carpio said Meralco could have profited from the transaction since it should only collect P8.65 from consumers as pass-through charge because this is its highest contract price with Therma Mobile.

With the transaction repeated for 25 times, Carpio said “if Meralco keeps on selling at P62 without buying, it increases the market price.

Meanwhile, Chief Justice Maria Lourdes Sereno said “is it possible that what is happening now is gaming at the WESM?”

In gaming, the parties adopt strategic behaviour to maximize their profits at a particular point in time which is illegal, Sereno said.

She said when the spot market is being gamed by players “not only by the way that their contracts have been structured but also by the way their contracts have been observed in the breach as well as by the absence of arms-length relationship within the WESM itself, that, I think is a very clear indication that there is a failure of market regulation.”

Justices have questioned petitioners why they went straight to the Supreme Court instead of the Energy Regulatory Commission.

No need for actual evidence to prove collusion between Meralco, generation firms