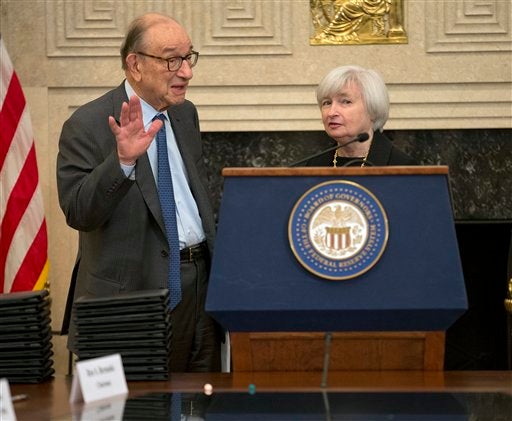 WASHINGTON — The Federal Reserve says it paid the federal government $77.7 billion in 2013. That was down from the record set in 2012 but still far above payment levels before the Great Recession.

The payments reflect a portion of the earnings the central bank makes from the Treasury bonds and mortgage-backed securities it has purchased to drive interest rates lower to boost the economy.

The Fed is funded from interest earned on its portfolio of securities. After covering expenses, the Fed makes a payment of the remaining amount to the Treasury Department. The preliminary estimate for the 2013 payment was down 12 percent from a payment of $88.4 billion made in 2012.

Fed payments averaged $26 billion annually in the four years before 2008.