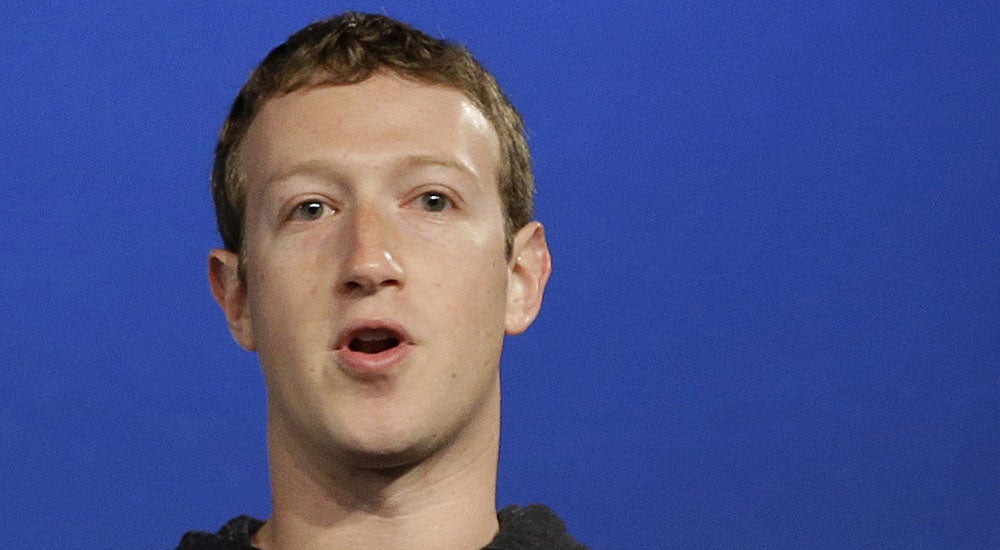 In this March 20, 2013 file photo, Facebook CEO Mark Zuckerberg speaks at Facebook headquarters in Menlo Park, Calif. Zuckerberg gave $992.2 million to the Silicon Valley Community Foundation in 2013. Philanthropy in 2013 made a comeback in large donations in the US, according to a new tally of the top 10 gifts of 2013 by the Chronicle of Philanthropy. AP

WASHINGTON—Philanthropy in the US made a comeback in large donations in 2013, with the country’s wealthiest donors giving more than $3.4 billion to charity, according to a new count of the top 10 gifts of 2013 by the Chronicle of Philanthropy.

The largest donation of 2013 came from Facebook founder Mark Zuckerberg and his wife, Priscilla Chan, who announced in December that they had given 18 million shares of Facebook stock to the Silicon Valley Community Foundation. The gift was valued at more than $990 million. This was the first time donors under the age of 30 have made the nation’s largest philanthropic gift, according to the report.

Colleges and universities were among the primary beneficiaries of some of the biggest donations, the report found.

Nike Inc. co-founder and chairman Philip Knight and his wife, Penelope, made the second-largest gift commitment of 2013, pledging $500 million to the Oregon Health and Science University Foundation for cancer research. The university has to match the donation in the next two years to receive the full gift.

The third-highest gift of 2013 was a $350 million pledge from Michael Bloomberg to Johns Hopkins University in Baltimore to promote cross-disciplinary studies and undergraduate financial aid.

“The fact that we had so many gifts that were $100 million or more is an indication that people are really giving big again,” and that may continue into 2014, said Philanthropy Editor Stacy Palmer. “People seem more optimistic about the economy, and certainly the strong stock market has propelled a lot of gifts. It looks like it’s going to be a better year.”

In 2012, the top gifts totaled $5 billion, but that count included three $1 billion gifts from Warren Buffett to his children’s foundations. When those gifts are excluded, the other top gifts of 2012 totaled just $2 billion compared with $3.4 billion in 2013.

However, the wealthiest philanthropists did not give as much in 2013 as before the Great Recession, according to the analysis. In 2007, before the recession, the biggest gifts totaled $4.1 billion.