No price increases during the holidays, agri group vows 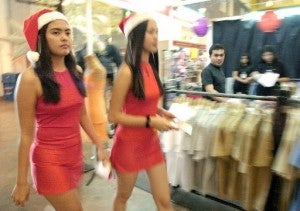 MANILA, Philippines—An agriculture industry alliance said that there are no reason for any significant price increases in food and agricultural commodities.

Samahang Industriya ng Agrikultura (Sinag) said that farm gate prices of food staples remain the same, even going down before Christmas starts, according to a statement the group issued on Tuesday.

Sinag has released farm gate prices since the end of October to guide consumers and government agencies on the price changes of basic food commodities and has assured the public that the country’s palay and corn supplies have been harvested before Supertyphoon “Yolanda” struck.

The group also said that there are sufficient supplies of pork and chicken.

“In fact, the supply of chicken is so large that the price of live chicken went down by almost P10 last week,” said Sinag chairman Rosendo So.

Representing 30 groups of agriculture producers, Sinag said that there is no reason for a drastic increase in the retail prices of basic food commodities as there are enough domestic supply and that farm gate prices have remained constant for the past two months.

Dan Javellana, chair of the National Federation of Hog Farmers Inc. and one of the officers of Sinag, said that government agencies should look into price increases since such actions would not come from farmers and producers.
Javellana added that his group is more concerned about the reports of smuggled frozen pork products dumped in the wet markets across Metro Manila and neighboring areas.

“These frozen pork products are usually thawed and mixed with our local slaughtered pork, then passed off as fresh porl,” Javellana said.

He stressed that smuggled pork products not only affects the livestock industry but it also posses health risks as the products did not pass through food safety inspections.

Sinag has asked the Department of Agriculture and other local government units to look into the issue.