Economist estimates ‘Yolanda’ impact on PH economy at P604 B 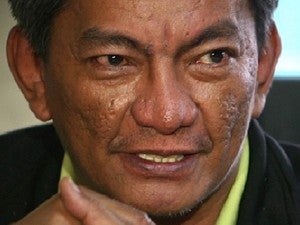 MANILA, Philippines—The impact of monster typhoon “Yolanda” (Haiyan) on the Philippine economy could be as much as P604 billion,  or five percent of the country’s gross domestic product, Albay Gov. Joey Salceda, an economist who was recently elected chairman of the United Nations’ Green Climate Fund, said Tuesday.

“In dollar terms ($14 billion), this is more than three times the reconstruction cost of Pepeng and Ondoy. This will have a major punch on the fourth quarter GDP this year but it will have its full impact lag into 2014. This overlaps with the negative impact or reconstruction demand from (Typhoon) Pablo, (the battle of) Zamboanga and Bohol (earthquake) which total another P60 billion,” Salceda said in a statement texted to the media.

With the government allocating a measly P23 billion for the reconstruction of damaged infrastructure, Salceda said, failure to replace the economic capacity lost to Yolanda would limit the country’s economic growth to 5 percent.

“Typhoon Haiyan puts more pressure behind the commitment of the GCF Board to operationalize the fund in 2014, conduct a resource mobilization exercise by September when the UN General Assembly meets in New York, and provide initial funding to capability building and preparedness activities of developing countries,” Salceda said.

“It is no mere coincidence that I was unanimously selected by developing countries to co-chair the fund with Germany a month before this climate monster clawed and sank its teeth into my homeland, right at the center which hosts most of our beautiful spots. The Green Climate Fund is the principal weapon of the world community in slaying this grievous monster,”  Salceda added, alluding to his vast experiencing in coping with natural calamities as governor of Albay.

Regional economies may shrink by 8%

Comelec to provide generators to power up areas smashed by ‘Yolanda’