‘Park created by families and for families to enjoy’ 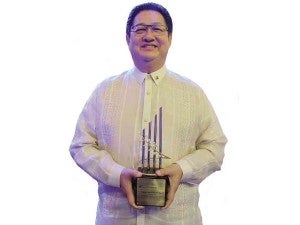 Enchanted Kingdom, the Philippines’ first theme park is celebrating its 18th year of providing wholesome fun and etching memories in every Filipino family.

It was on Oct. 19, 1995 when Mario O. Mamon created the 10- hectare theme park in Santa Rosa, Laguna. It was his dream to bring his family to a place where they could spend quality time together.

Now, his dream has spilled over to millions of families in Metro Manila. Mamon has turned his simple dream into a world-class, all-Filipino theme park.

“Enchanted Kingdom boasts rides and attractions unique to the country,” Mamon says. The rides are interspersed within seven zones and have over 20 rides to choose from.

Mamon considers 2014 as a “breakout year” for EK. He views the theme-park as a vehicle to increase the traffic of tourism in the Philippines.

“I want the world to experience a world-class theme park imbued with the Filipino’s brand of hospitality which is unique in all of Asia,” he adds.

In addition to spearheading EK, Mamon will also steer the course for the International Association of Amusement Parks and Attractions (IAAPA). He will be the first Filipino chair and president of the 94-year-old organization.

“I hope to lead the IAAPA toward a continuous path of expanding, increasing and upgrading its membership and making it a truly global association with a special focus on the Asia-Pacific region,” he says. 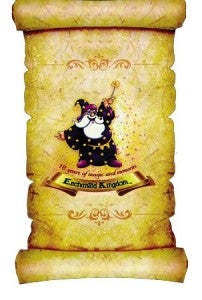 ELDAR the wizard has drawn smiles from countless Filipino families.

The association has over 4,500 suppliers, facilities and individual members from more than 90 countries.

Enchanted Kingdom has been a member of the IAAPA for years. In 1999, Mamon was elected as a board member. EK has adhered to the highest safety measures set by IAAPA.

Mamon admits that building EK was not one of his dreams. He just sort of stumbled upon it.

He graduated with a degree in agribusiness management. “I started my professional career as a sugar cane farmer. I never imagined that I would venture, and much less, fall in love with theme park business,” he adds.

He says that being in the amusement and attractions industry has given his life a sense of purpose.

“I have found my niche here. It is in this industry that I will spend the rest of my productive life, with the hope of passing it on to the next generation,” Mamon says.

He is married to Cynthia Romero-Mamon who happens to be the chief operating officer of EK. They have four kids—Yoni, Anna, Bea and Nico—and five grandchildren.

On the most valuable lesson learned throughout the 18 years of being in the industry: “There is no perfect formula like in any other business. Now that we are expanding, we know already the pros and cons, the pitfalls and so we’re more careful. With all the experience that we’ve gathered we know [which area] to concentrate on.”

Expansion is also in the agenda of Mamon as EK approaches its breakout year.

He hopes that EK will enjoy the fruits of expansion within Laguna so that they could provide more venues of providing entertainment to families in PH.

Mamon also adds that he hopes to fulfill his dream of converting Enchanted Kingdom from just a theme park into a wholesome family leisure destination resort. One of his pipe dreams include building a hotel that can house EK’s guests.

Through the years, EK has expanded its attractions. It also has a variety of musical shows throughout the season.

This year, a new film at the Rialto  entitled “Ice Age: A mammoth Christmas” will be shown. Taking its cue from the movie  “Shake, Rattle and Roll,” a new horror attraction will also be featured.

Acquiring tickets for the theme-park has also been made easy as EK ties up with Omni Ticket Network. This will enable ease in entry in EK without the need for stamping and wrist-tagging.

In order to bring the rest of Metro Manila to Enchanted Kingdom, a new shuttle service for guests has been established across the metro.

“This park is created by families and it is most definitely for families to enjoy,” he says.

Read Next
Marriott chef creates impressive chocolate sculptures
EDITORS' PICK
IATF to LGUs: Issue ordinances vs attacks on frontliners, COVID-19 patients
Diokno to Duterte: OK to make fun of buck tooth, but focus on people’s needs first
10 Filipinos positive for COVID-19 in UK, 7 in Ireland — envoy
Nograles: Cabinet members to donate 75% of monthly salary to aid COVID-19 fight
Robredo spox thanks Duterte for defending VP’s efforts vs COVID-19
Quick chat with Nicole Andersson: ‘You really don’t need much to be happy’
MOST READ
Coronavirus hotbed Rizal to shut borders on April 6
Sotto on Isko Moreno’s call: We do our job without the media following our every move
‘Money Heist,’ ‘Tales from the Loop,’ ‘Killing Eve,’ ‘Never Have I Ever,’ ‘After Life’: Five not-to-be missed series this April
ADB warns PH against prolonged lockdown
Don't miss out on the latest news and information.