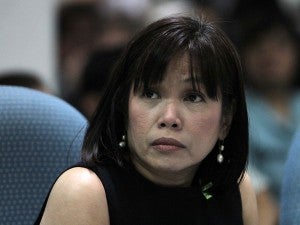 MANILA, Philippines–International debt watcher Moody’s Investor Service has upgraded the country’s sovereign credit rating to “investment grade,” citing the economy’s resilience in the face of volatility in financial markets due to its healthy growth prospects.

Moody’s, in a statement on Thursday, also revised its outlook for the Philippines’ government debt rating to positive, indicating the possibility of another upgrade in the next 12 months.

“The Philippines’ economic performance has entered a structural shift to higher growth, accompanied by low inflation,” Moody’s said. The Moody’s upgrade follows similar moves by its peers Standard & Poor’s and Fitch Ratings, which upgraded the Philippines in the first half.

Moody’s cited the country’s gross domestic product growth in 2012, which was clocked in at 6.8 percent. The country’s growth accelerated to 7.6 percent in the first half of the year, outpacing the rest of the Asia Pacific region.

“These levels are among the fastest rates of growth in Asia-Pacific and across emerging markets globally. At the same time, inflation remains well-anchored  and is currently below the central bank’s target range,” it said.