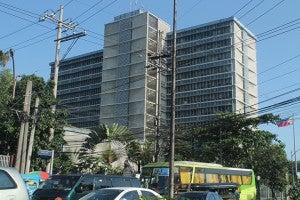 MANILA, Philippines—The Commission on Audit has aired serious concern over the slow processing of payments of death, disability and retirement claims of members of the Social Security System (SSS).

“Slow processing and payment of death, disability and retirement claims did not meet the commitment of SSS of providing prompt, convenient and meaningful social protection service to the members and their beneficiaries,” COA said in its 2012 audit report that was released this week.

The COA urged the SSS management to take legal steps to collect over P367 million in unpaid premiums.

The COA noted that the SSS had actually implemented various initiatives to collect the premiums to no avail.

Among these initiatives was the Automated Records Management System project to facilitate fast and easy information retrieval and processing of claims and service requests.

The COA, however, noted certain flaws during actual observation and documentation of the response time of the Web inquiry System.

“We also observed that a member-claimant consumed several hours of waiting for the issued number to be called and it took more than three times of going back and forth to SSS before his or her application for claims was accepted,” the COA said.

It cited a deficiency in staff as among the reasons for the slow processing of benefits.

Despite actions taken by management, over a hundred large-account employers in Metro Manila are still delinquent, with due premium contributions and penalties totalling P367.991 million, thus, denying SSS more funds, according to COA.

In its recommendations, COA asked the SSS to exhaust all legal remedies to effectively collect remittances and to uncover delinquencies at a very early stage.

It also said the SSS must rationalize work assignments of personnel and fast tract the processing of pending claims to immediately serve the needs of its members.

Lastly, the SSS should enhance and update its automated workflow system and procure additional hardware, if necessary.