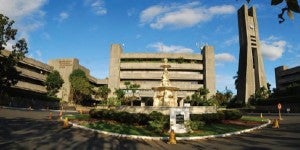 MANILA, Philippines — The arbitration process relating to water rates in Metro Manila has started as the Manila Water Company Inc. filed a notice with the International Chamber of Commerce (ICC) disputing regulators’ decision for tariff cuts.

Based on Manila Water’s business plans for the next five-year rate rebasing cycle that was submitted to the Manila Waterworks and Sewerage System, the company proposes to raise rates by P5.83 per cubic meter.

However, in a decision issued last Sept. 12, the MWSS Regulatory Office ordered a rate reduction of P1.48 per cubic meter per year for the next five years.

The concession agreement between MWSS and Manila Water provides for a dispute resolution called arbitration to resolve disagreements, disputes, controversies or claims that cannot be resolved through consultation or negotiation between them.

In a statement, Manila Water said it decided to go into arbitration “after MWSS, in its decision, cut away significant programs for building and maintaining water and wastewater systems in the East Zone.”

“(This) will severely compromise and impair the company’s ability to fulfill its service obligations to its customers,” Manila Water said.

According to the utility, a three-member arbitration or appeals panel will be formed and will conduct proceedings following arbitration rules of the United Nations Commission on International Trade Law.

Each of the panel members shall be an appointee of Manila Water, MWSS and the ICC itself. This last member will serve as chair.

“Until the appeals panel arrives at a final decision on the tariff determination, existing water rates shall remain in effect,” Manila Water said.

The other concessionaire, Maynilad Water Services Inc., has said it is also resorting to arbitration.

Emmanuel L. Caparas, acting chief of the MWSS RO, was quoted as saying earlier this month that the new rates were decided in such a way that the utilities would still be viable and that the companies should still be able to provide services to customers in their respective networks.

Consumer advocates have pushed for the government to cancel the concession agreement instead of engaging in yet another arbitration process with the concessionaires.

“The government has the duty not to go into arbitration if the very basis for this, the water contract, is truly disadvantageous to consumers,” said Renato M. Reyes Jr., secretary general of the Bagong Alyansang Makabayan.

Bayan is part of a wider alliance called Water for the People Network, which opposes any rate hikes.