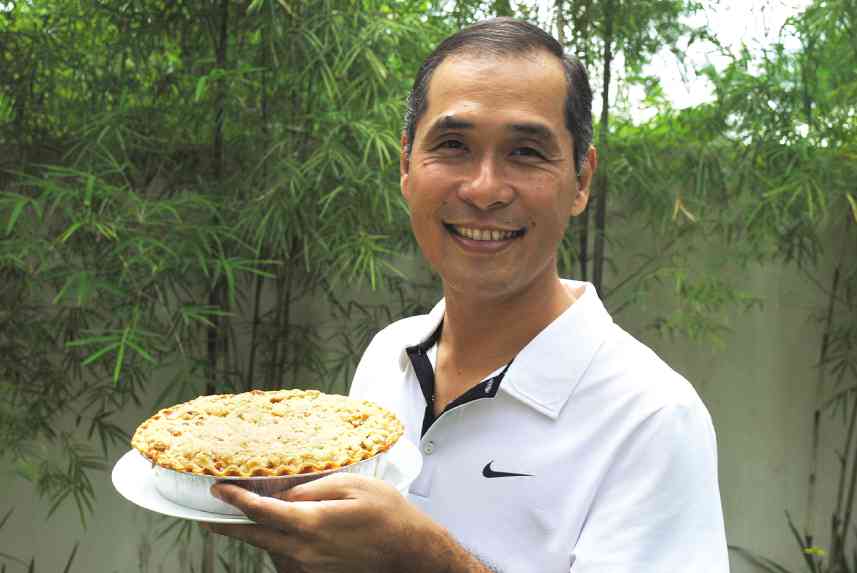 CHITO Benito with his classic apple pie (P695 for a 9-inch pie) that started it all. photo by Ma. Esther Salcedo-Posadas

Chito Benito’s choice of academic degree was influenced by his father’s long career in civil engineering.  He wanted to follow in his footsteps.  Thus after college, Benito went on to work for leading tech companies such as Motorola and Ericsson.  Until at some point, he had a realization.

“I think it’s not for me,” he explains that a corporate person needs to be somewhat charismatic (given the need to make justifications up the ladder), a trait that he doesn’t think applies to him.

“Medyo OC ako (I’m a bit obsessive compulsive).  I like getting to the bottom of things.”  But according to him, he is less of a people person.

In 2007, he resigned from his last corporate job to initially focus on building their new home.  By the time the house was finished a year later, he was already involved in a kart racing business (supplying parts) in Carmona.

The opportunity to bake pies came completely by accident, as what happens with many entrepreneurial ventures.  Around 2008, his wife Pateet wanted to bake some walnut pie and surfed the Internet for a recipe.  The baked pie didn’t turn out so well.

Even as a kid, Benito would help his sister in the kitchen.  So he decided to fix the recipe.  Together with his wife, the trial and error experiment lasted for about a year before they found a taste and quality they were comfortable with.  By 2009, they started giving away the apple pies and also started to develop blueberry cheesecake.  A year later, they were already selling to family and friends.

Benito says, “My experience in racing helped me to develop recipes.”  In racing, you have to tweak until you get a faster kart, he asserts. 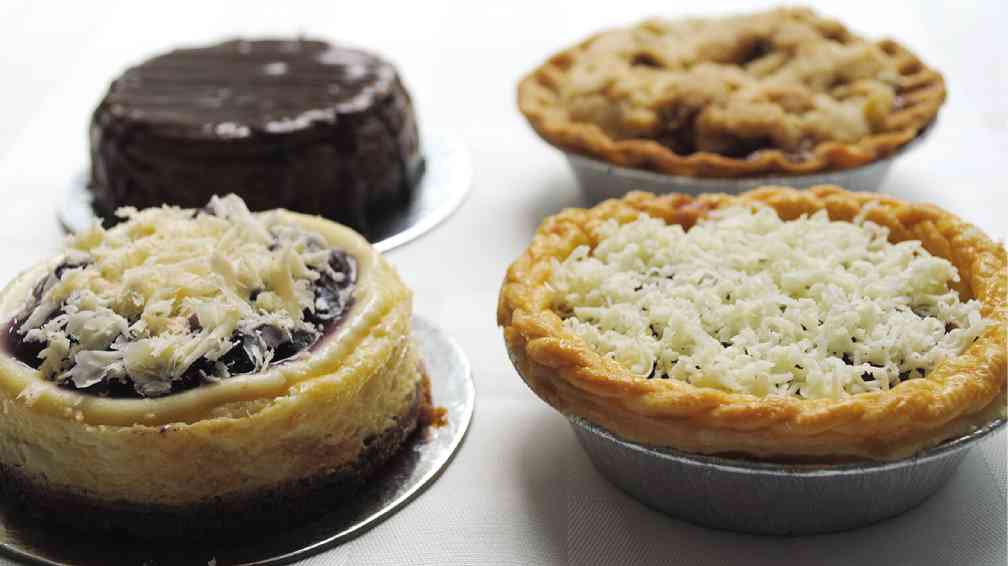 Catherine’s Cakes and Pies (named after his youngest daughter) sells mainly through Facebook and has rapidly grown since the business officially opened in 2012.  According to Benito, the page has already garnered at least 1,400 likes and his pies have already caught the attention of foodies like Sandy and Nina Daza as well as Lori Baltazar.

What’s the secret?  Aside from product sampling and word of mouth marketing, Benito invests in Facebook advertising where he pays as little as P0.50 per click.

“What I learned about social marketing is that you need to do it constantly.  Looking back, if you don’t remember a product, you won’t think of buying it.  That’s why big companies invest in advertising,” he says.

Even for just one order of a 9-inch apple pie, Benito will personally deliver (P45 delivery fee) to Muntinlupa, Las Piñas, Parañaque, Taguig, Pasig, San Juan, Mandaluyong, Makati, Pasay and Quezon City.  He mentions that he now gets orders on a daily basis and schedules his deliveries on Fridays. He requires a one-day lead time for small orders. For orders worth P4,000 and above, he can deliver on other days.  His maximum production capacity per day is around 50 pies.

When asked whether he is content to maintain an online Facebook store he replies, “Yeah, it’s not enough.  I’m on the lookout for a store.”  In fact, he wants to be big enough to one day manage sending his apple pies to anyplace around the world.  But before he can do that, he has yet to achieve his retail store that will cost him an investment of around P1 million to P2 million to start.

In social marketing, Benito is careful about overselling his products.  That is the reason he likes Facebook advertising as it is a passive way of attracting customers.  He tries not to be intrusive. He is also still constantly developing his apple pies that if someone criticizes the products, he would search for a solution.  Benito also shares his self-taught business philosophy, “You have to have one perfect product or one really appealing product.  It’s better to have one than to have ten that are mediocre.”