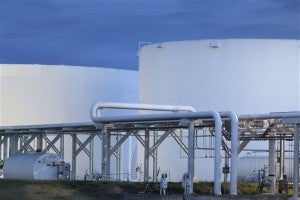 SINGAPORE—Oil prices were mixed in Asian trade Wednesday after climbing in New York as concerns over a US-led military strike on Syria returned.

Market jitters over Syria resurfaced after Republican House Speaker John Boehner and his right hand man Eric Cantor said they would support a strike against the Assad regime over its alleged use of chemical weapons.

The move was a rare gesture of unity in a divided Congress and left US President Barack Obama hopeful of securing a vote for action from lawmakers next week.

Investors fear US intervention could lead to a wider conflict in the politically volatile Middle East, a key source of the world’s crude oil supplies.

Oil prices have tumbled from multi-month highs after Obama said he would seek approval from Congress for military action. They had soared on speculation of imminent US strikes.