Running a hotel as smooth as silk | Inquirer Business

Running a hotel as smooth as silk 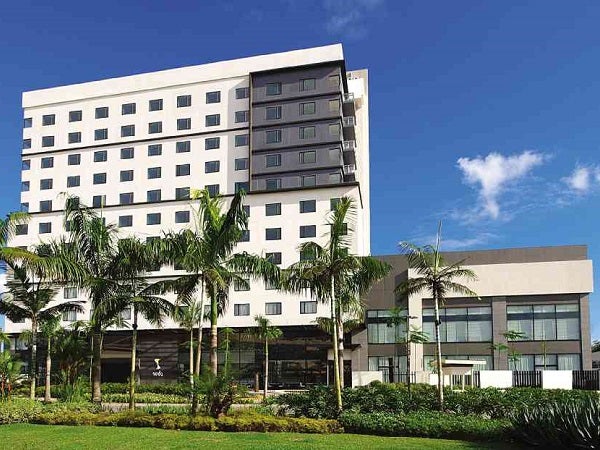 As business travelers insist on continual connectivity, hotels now look at technology as a way to distinguish themselves from the other chains.  These hotels are taking a well-rounded approach to provide a satisfactory guest experience. 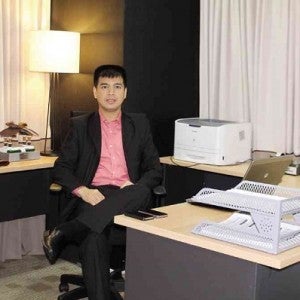 When the Seda chain was being planned, the developer, Ayala Land Hotels and Resorts, and its hoteliers tried to find what their target market—businessmen—really wanted: productivity, panache and the feeling of being home away from home.

“Seda is the Spanish word for silk—smooth and lustrous. The value of the hotel is that it provides seamless accommodation experience,” explains Jeffrey Enriquez (not related to the writer), general manager of Seda Abreeza Davao and Seda Centrio in Cagayan de Oro.

“Number One, we provide Wi-Fi connectivity. People rarely use fax machines.  Our Wi-Fi is complimentary. We have a media panel so you can charge your iPhone or iPod. You can use our 40-inch LED screen—the largest around—to watch a movie in the flash drive or connect it to your laptop to view Facebook or your Twitter page.”

The traditional lobbies and business centers are no more. Instead, Seda has Misto (an Italian word for mixed), a hub which combines the functions of a living room, a dining area and a quiet workspace. 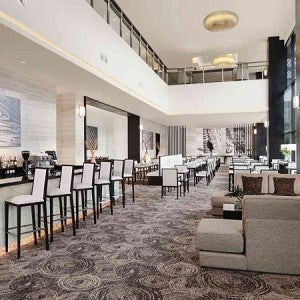 MISTO combines the front desk, bar, all-day dining and any place where one can work from the laptop.

At Seda Abreeza Davao, the e-Lounge is discreetly hidden behind an art exhibit.  The work stations face the windows offering a view of Abreeza mall and its landscape.  Adjacent to the front desk are the bar and the all-day dining concept.  All told, that space has become a de facto business center and meeting place as well. People can get their work done in the hub.

Likewise, the guest rooms are furnished with bigger desks, proper task lighting and an ergonomic rolling chair instead of an armchair. Hence guests can use their rooms for conference calls and work.

One reason for the trend is that hoteliers and designers are realizing that people are social beings.  With their penchant for multi-tasking, they want to be productive yet be around other people.

Seda’s design lessens the sense of isolation that business travelers feel when working in a traditional hotel room. It’s even more convenient that all the Seda hotels are at arm’s length from the Ayala malls.

“Seda is an urban lifestyle hotel where you can mix work and relaxation. There’s a synergy between the mall and hotel. Guests can choose restaurants in the malls and find time for shopping. We’ve provided the needs of the business traveler,” says Enriquez. 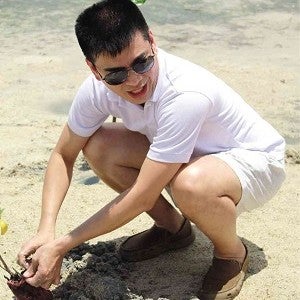 ENRIQUEZ at the CSR tree planting.

Although Seda is classified as a four-star hotel since there are no grand ballrooms, multiple restaurants, and a spa, it is setting               the trend in the industry.

As businessmen include fitness in their itinerary, the gym is equipped with the top-of-the-line machines and apparatus and a 15-meter rectangular pool for exercise buffs that do laps.

“Travelers want a comfortable bed and pillow. Guests claim our bed is a killer,” says Enriquez.

Before he became an hotelier, Enriquez  worked in an insurance company and taught engineering subjects. The turning point came when Makati Shangri-La was hiring employees for its big opening in 1993. Without any background in hotel, Enriquez took a leap of faith and liked the vibrancy of the hospitality industry.

Enriquez  started in the rank-and-file as a cashier in all the food-and-beverage outlets. “I got to understand the different concepts from the bar, the coffee shop, the fine dining, and the Chinese restaurant. It was an investment for me.”

By 2004, he moved up to head concierge and  become vice president of Les Clefs d’Or, an international society of concierges. After 11 years at the Makati Shangri-La, Enriquez was promoted to front office manager at the sister company, Traders’ Hotel. In his four years of service, he moved up to executive assistant manager, who oversaw the renovation.

Then there was the offer  for resident manager post and to watch over the construction of Bellevue hotel’s Tower Wing in Alabang and the opening of its boutique hotel called B.

Last year, Andrea Mastellone, general manager of  Seda  BGC invited him to join the chain. The Italian hotelier was Enriquez’s boss at Traders’ Hotel.  And as the GM of the Seda in Cagayan de Oro and Davao, Enriquez was tasked to open the properties.

On the podium of Centrio Mall,  the 180-room Seda Centrio opened in December 2012 and enjoyed occupancy of  nearly 70 percent.

The 186-room Seda  Abreeza Davao held a soft opening last April with promotional rack rates of P3,800. As of this writing, 36 rooms and  the business lounge are still being completed. This month, Seda Abreeza Davao plans to host intimate events for focus groups, called GM’s cocktails,  to formally introduce the hotel.

“We started it in Centrio on a per market basis—corporate groups, financial institutions,  travel and leisure groups.  The  focus is to entertain them  and  show  them around,” says Enriquez.

He says both Davao and Cagayan de Oro hotels cater to the domestic group with  accounts from pharmaceutical companies, BPOs, consumer groups, power and NGOs.

Enriquez says Davao has a big potential to attract the MICE (meetings, incentive, conferences and exhibitions) market.  Aside from the SMX Convention Center, the city offers 7,000 rooms in diverse price ranges.  Davao has a good reputation in the peace and order situation and is one of the most livable cities in the country. It is also close to the beach or the mountain scenery.

Despite a bomb attack in a retail area in Cagayan de Oro last July that  sent travel advisories against visiting Mindanao, Enriquez is optimistic that business will pick up.

Davao will host the Ad Congress in May 2014 and one of the events in the Asia-Pacific Cooperation Summit in 2015. Recently local APEC organizers inspected Seda Davao for its security system, emergency logistics and menu.

The  GM for  the Seda Mindanao properties is more than happy to share his 20-year experience in the hotel industry. The local rank-and-file  has been very receptive and eager to learn.

Lending an individual touch, Enriquez introduced the custom of greeting in the vernacular (“Maayong buntag” or good day) while clasping the hands and bowing to the guest. “The clasp stands for sincerity while the bowing shows humility.”

“I want to establish more camaraderie and maybe discover some hidden talents. We’ve got contests for desserts, main courses and appetizers.  There is  a  table setting competition for both the corporate and social set up for the waiters. Housekeeping will have the bed making competition.  There might be a hidden dessert that needs to be tried. It could be a potential best seller,” he says.

The male department heads will join the bed making competition while the women department heads will compete in the cocktail mixing contest.  “Managers get to refresh their skills and knowledge and at the same time set good examples for all  the staff. It’s all in the name of fun and camaraderie.”

He believes in inspiring people rather than intimidating them.  “When your team is inspired, they will always be productive even without the presence of the leader. It is also of paramount importance that I radiate positive values which will be imbibed by my team. This develops a sense of passion for what they do. I teach them to enjoy what they are doing because work done with a happy spirit is not work at all but comes naturally.”

Enriquez regularly holds a Soha (state of the hotel address) to keep the employees informed and feel part of the company. “We present the financial status; get to understand the occupancy, the direction of the company, what competitors are doing.  We don’t tell what to do, but make them understand what they are doing.”

In motivating employees he prefers to give the carrot than the stick. “By the carrot, you show genuine appreciation and his value to the organization. It is important that you make employees happy.”