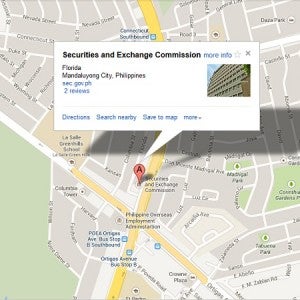 MANILA, Philippines—The Commission on Audit (COA) has questioned the Securities and Exchange Commission (SEC) for granting salary increases ranging from 57 percent to 250 percent—totaling P108.86 million—to its 303 officials and employees in 2012.

In its latest audit report on the SEC, the COA said the wage adjustments had no approval of the Office of the President and the Department of Budget and Management (DBM) and were taken from the agency’s collections withheld as “retention income.”

According to the COA, that money was not intended for the salary increases of SEC officers and personnel but for the augmentation of its operating budget and for the upgrading of its equipment as provided under the 2012 national budget.

“The (SEC) management failed to seek approval from the President and did not receive the funds for the salary adjustment from DBM, thus, the salary increase implemented during the year was without authority,” the COA said.

Section 2 of the 2012 General Appropriations Act (GAA) set aside P164.85 million for salary adjustments under a “miscellaneous personnel fund,” subject to the approval of the President and the DBM.

The SEC pay hike was also higher than what was recommended in the 2012 national budget.

“Verification of the Notice of Salary Adjustment (Nosa) signed by the agency head and issued by the Director of the Human Resource Department disclosed that the salaries indicated were not in accordance with the rates authorized and approved by the DBM and the President as provided for in the GAA,” the COA said.

The COA said that while the SEC had asked the DBM and the Office of the President to approve its Nosa, the letter was sent only on Sept. 19, 2012, or nine and a half months after the new wage rates took effect.

The SEC had invoked Section 7.2 of the Securities Regulation Code (Republic Act No.  8799), which deemed the agency exempt from the Salary Standardization Law.

But state auditors had warned the SEC officials that unless they got the approval of the DBM and the President, COA would issue notices of disallowance to all who received the unapproved pay adjustment and require them to refund the sums they received over and above the pay given them in 2011.