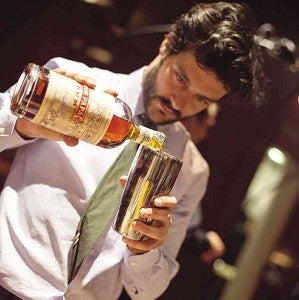 Don Papa Rum, a small batch rum from Negros Occidental, has been in the market for only a little over a year, but it is already creating a buzz in the global liquor market where spirits are again in vogue.

In April this year, Don Papa Rum produced by Bleeding Heart Rum Company made a lot of fans out of the many media practitioners, diplomats and corporate representatives who enjoyed it during the opening of the Grand Philippine Exhibition —Archipelago of Exchange at the Musee du Quai Branly, a leading museum for indigenous arts and culture in Paris, France.

Then in July, it was nominated for the product innovation of the year award at the Paris Cocktail Spirits show. Its label designed by a graphics design firm based in New York likewise earned the rare nod of jurors.

Bleeding Heart founder Stephen Carroll, however, is just getting started on his quest to make Don Papa Rum a permanent fixture in bars and cocktail lounges around the world, thus helping carve out the Philippines’ niche in the growing global market for hard liquor.

Carroll, who used to head the global marketing team for Remy Martin for the Paris-based Remy Cointreau group, says that a scan of the global market will show an increasing trend for smoother products such as premium category vodka and whiskey with the United States leading the way.

“The trend is clearly driven by strengthening economic growth, and also driven by consumers who want to differentiate themselves from the rest. They are looking for something new,” Carroll tells the Inquirer. 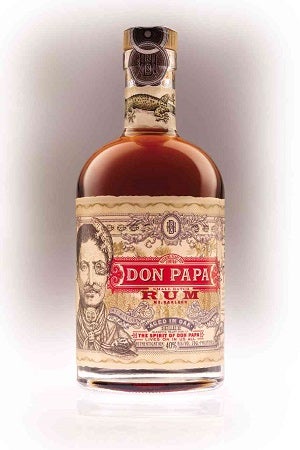 Rum, however, was long considered the poor cousin of vodka and whisky, thus only appealed to those who disliked beer and were looking for a quick, affordable alcohol fix. It was also long used as an ingredient in cocktails but not taken neat.

But in recent years, multinational brands such as Bacardi and Captain Morgan are elevating the profile of rum to give the spirits market an alternative. Formulations were improved, resulting in a smoother taste and a richer flavor. Other brands have also started playing around with the rum, thus the entry of such variants as spiced rums that are meant for sipping and not just for mixing.

Carroll says that in the United Kingdom alone, the market for rum has been growing at a high double-digit rate, which is remarkable considering the struggling economy and the historical growth trend of just 4 to 5 percent a year.

“Clearly there is something quite interesting in rum,” says Carroll, who also held senior marketing roles with Diageo, Seagram and LVMH.

To capitalize on that trend, Carroll invested in the development of a premium Philippine rum brand that can compete in the global market.

The Philippines is no stranger to the rum market given its Spanish colonial past and the abundance of sugar, which is distilled to produce rum. Where there is sugar there is rum, hence the prevalence of rum brands from the sugar producing countries in Central and South America such as Cuba and Brazil.

“The Philippines is already one of the biggest rum producers in the world and the third biggest market in terms of consumption. The Philippines also has the second largest brand in volume terms next to Bacardi but it is 98 percent a domestic brand,” explains Carroll. “Faced with the long-term trends in rum and the global interest in esoteric premium products, the idea was to create a brand that can compete with the best in the world.”

That idea became reality in July 2012 when Don Papa was introduced to the market, first in Bacolod, Negros Occidental where the sugar to produce the rum is sourced.

Carroll, whose Bleeding Heart represents his first foray into entrepreneurship after being part of multinational firms practically his entire working life, has known the Philippines for close to two decades due to personal family connections, but it was only when the market opened up to new rum concepts that he decided to put his money in the Philippines and bet big on the prospects of Philippine premium rum.

The brand was inspired by the story of Dionisio Magbueles, known in Negros as “Papa” Isio, who played a key role during the late 19th-century Philippine revolution. Papa Isio’s spirit and leadership played a part in freeing Negros from Spanish rule, and it is this spirit of “independence, irreverence and sense of justice” that Bleeding Heart seeks to capture in every bottle of Don Papa rum.

“Social justice and Filipino pride were values I found interesting and they inspired the name,” says Carroll.

A lot of care also went into designing the bottle and the label. The idea was to make Don Papa rum distinctive enough to stand out from the rest of the bottles on the shelf. The result is a bottle packaging that it believes is a “beautiful tabletop object to admire.”

For the label, New York-based graphic design firm Stranger and Stranger was tapped to put a new twist to images of animals and insects from the Philippines as well as the old Spanish landlords, giving the bottle both a local and global feel.

At the Los Angeles International Spirits Competition 2013 held earlier this year, it bagged the Gold in Overall Package, Gold in Illustration, Gold in Graphics and Package Design Best of Show awards. The competition is considered the Oscars of spirits design in Los Angeles.

Last July at the International Spirits Challenge, Don Papa won a gold medal in Design and Packaging Logo. This award recognizes the best creativity, innovation and design functionality of a brand.

Other design awards it has received are the 2013 San Francisco World Spirits Competition, Applied Arts design awards 2013 in the wine/beer/spirits category, and the Communication Arts Design Awards’ 54th Design Annual for Packaging. The brand was also recognized in 2013 by GD USA Magazine, the news magazine for graphic designers and creative professionals.

Indeed, the packaging helps put across the message of sophistication that Don Papa wants to impart to the global market.

“With this packaging we want to offer our local and foreign travelers a striking product to represent our beautiful country, and of course the experience of a great tasting artisanal rum as well,” said Andrew Garcia, general manager of Bleeding Heart Rum Company, in a statement. “We are proud that Don Papa Rum is gaining more accolades in Europe, USA and the rest of Asia.”

Bleeding Heart is producing the rum under a toll manufacturing agreement with an old hand in the rum market. The rum is aged for seven years in oak barrels at the foothills of Mount Kanlaon before it is expertly blended. The resulting Don Papa rum is described as “light and fruity on the nose while smooth and delicate on the palate.” The light amber colored Don Papa is said to have a “long, rich textured finish and offers flavors of vanilla, honey and candied fruits.”

“Don Papa is a very drinkable product that consumers describe as very easy to drink. It is designed to be good enough to drink neat,” says Carroll, who shuttles between the Philippines and Europe, where he is building the network for Don Papa, which retails for close to P1,000 per 700-milliliter bottle.

The first batch of Don Papa rum was produced in May 2012 and launched in Bacolod and Metro Manila in July 2012. It got its early exposure abroad in October 2012 during the rum fest in London. From there, the brand has gone on a roadshow including the United States, where it was featured in the Miami rum renaissance festival; Spain at the Madrid rum conference and the TFWA annual exhibition in Singapore.

In the Philippines, Don Papa Rum is sold nationwide through supermarkets like SM, Shopwise, Rustan’s, S&R, Landmark and Robinsons; wine stores such as Ralph’s and Harry’s Liquor and also in Duty Free shops.

“We are still in the early days but we are pleased with the reception of the market so far, from the bars, clubs and retailers. They have been very enthusiastic and customer feedback has been very strong,” says Carroll, who used to be part of the global team behind Remy Martin.

Carroll adds in a statement that many industry experts believe that rum is, by far, the next “big thing” in spirits.

“There are signs that rum is gaining a share versus other spirits and is meeting consumer needs for more authentic products, with real provenance, backed by real stories. Don Papa Rum is definitely one of these,” adds Carroll.