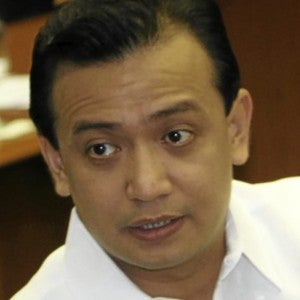 MANILA, Philippines—An ally of President Benigno Aquino III has called on the administration to immediately comply with the Court of Appeals ruling ordering the government to pay the builder of Ninoy Aquino Intenational Airport Terminal 3 (Naia 3) P16.2 billion ($371,426,668) as “just compensation” for the expropriation of the airport terminal.

Sen. Antonio Trillanes IV, the chair of the Senate committee on national defense and security, said the protracted legal dispute over the control and ownership of Naia 3 has already cost the country too much in terms of time and resources.

“This long drawn out legal tussle for the control and ownership of Naia 3, spanning more than a decade, has cost our government more than P2.3 billion for legal expenses alone, and has led to our failure to optimize the airport’s facilities,” said Trillanes.

The Arroyo administration as early as 2004 filed a case for the expropriation of Naia 3 before the Pasay City Regional Trial Court.

The cases reached the Supreme Court, which then remanded the case to the lower court to determine just compensation for the Naia 3 contractor, Philippine International Air Terminals Co. Inc. (Piatco).

“It would be prudent for the government to implement the court order right away. It would pave the way for making Naia 3 fully operational and provide more efficient airport services, as well as boost foreign investor confidence in the country,” Trillanes said.

The appeals court ruling penned by Justices Apolinario Bruselas Jr., Rebecca de Guia-Salvador and Samuel Gaerlan pegged just compensation for Piatco at $371, 426,688.24 or about P16.2 billion as of July 31.

“As a matter of principle, the government should pay for any service rendered to it. In this case, the building of an international airport which was constructed more than a decade ago,” Trillanes said.

The appellate court also ruled that upon the finality of the judgement, interest on the sum due by then shall be 12 percent until fully paid.

In computing the compensation for Piatco, the appellate court said just compensation was “the full and fair equivalent of the property sought to be expropriated,” adding that “the measure is not the taker’s gain but the owner’s loss.”

“To arrive at just compensation, we simply put in the figure determined as replacement cost, which is $300,206,693 and factored in law and equity,” the appellate court said.

“Law and equity, however, dictate that interest should be imposed on the amount due Piatco,” it added.

The appellate court said that it would be unfair to withhold the collection of interest since the government has been “enjoying the income or fruits from the operation of the structure it has expropriated.”