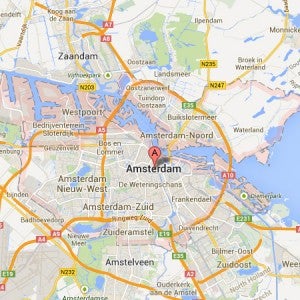 The world’s largest brewer said Wednesday that its net profit during the period was $1.50 billion (1.13 billion euros), or $0.93 per share. That was down from $1.94 billion, or $1.21 per share in the same period a year ago. The fall came despite a 1.9 percent increase in revenues to $10.6 billion, on a mix of higher prices and lower volumes.

The Leuven, Belgium-based company noted that the volume decline — 1.2 percent from a year ago —was less severe than in the first quarter, when its Brazilian operations performed poorly.

The sales figures were a bit of a surprise following lackluster earnings by rival SABMiller last week and AB InBev’s share price rose 5.3 percent to 71.32 euros in early trading on the Euronext exchange.

These were the first results to be published since InBev’s $20.1 billion acquisition of Corona brewer Grupo Modelo in June. Brands owned by InBev make up nearly 50 percent of the U.S. beer market, and regulators forced it to sell Modelo’s U.S. business to Constellation Brands Inc., including the rights to Corona there, in order to win approval for the deal.

Tuesday’s results were published on a pro-forma basis — as if it had owned Modelo in both years. It also stripped out the impact of a one-time $6.31 billion gain due from a revaluation of the value of shares it held in Modelo before the acquisition.

InBev said net debt at the end of the quarter was $43.1 billion, up from $30.1 billion at the end of 2012, mostly due to financing the Modelo buy. The company said it expects to pay down debt relative to operating profit by roughly a third by the end of 2014.

In the United States, volumes were down 2.8 percent but prices were 3.9 percent higher, as the company carried out a series of price hikes in the fourth quarter of 2012. Its single best-selling beer, Bud Light, lost ground, but other Bud Light-linked drinks such as “Bud Light Lime Straw-Ber-Rita” and “Bud Light Lime Lime-A-Rita” sold well.

In Brazil, the company’s second-largest market, sales volumes were down 0.4 percent, which InBev said was a “good improvement after a challenging first quarter.”

The company said positive factors in Brazil include slowing general price inflation, the success of its advertising programs, and a boost from the FIFA Confederations Cup soccer tournament in June.

“We expect pressure on consumer disposable income in Brazil to continue for the remainder of the year,” InBev said.

It did not mention a profit forecast in its outlook for 2013 as a whole but said it expected the trend of lower volumes and higher prices to continue. It raised its estimates for capital spending in 2013 to $3.9 billion from $3.7 billion, as it expands capacity in China, Brazil and Mexico.