On its silver jubilee, Toyota looks back to iconic models, banks on future technology 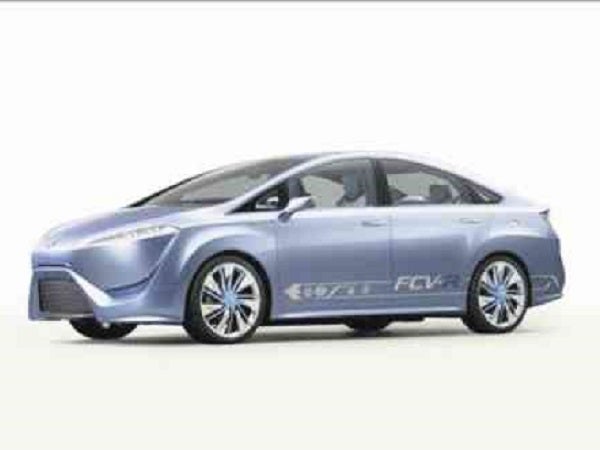 THE TOYOTA FCV-R is a midsize and hydrogen-powered concept car.

In all those years of economic uncertainties, the industry had Toyota Motor Philippines (TMP) to rely on. The company offered very affordable, reliable, fuel-efficient and very practical vehicle models that kept the market interested.

In 1998, when the economy took a turn for the worse and Filipinos needed a dependable business partner, TMP introduced the Revo that changed the face of the country’s public transport for the next six years. By the time it was retired in 2005 over 70,000 units were sold and was even regarded as the new king of the road.

In 2003, TMP also introduced another best-seller that would enable startup families, young professionals, taxi companies and even major corporations own a cost-effective and highly dependable compact sedan.

The Vios is so popular that by the time TMP introduced its third-generation model last month, over 100,000 units were already sold, making it the country’s most successful vehicle model to date.

In fact, TMP even announced it is set to invest P2 billion to increase the capacity of its manufacturing plant in Santa Rosa, Laguna to increase overall production but with emphasis on being able to reach its target of manufacturing 14,594 units of the new Vios from July to December this year.

Eventually, TMP aims to sell some 2,000 units of the new Vios per month.

Indeed, when the industry needs the numbers, they could always rely on TMP to deliver. Since starting operations in 1988, it was able to sell over 800,000 vehicles, a feat other automotive companies in the country have yet to match.

For 11 consecutive years, TMP has dominated the automotive industry, topping sales in passenger and commercial vehicles as well as overall vehicle sales by a wide margin. The streak isn’t anywhere near ending, as TMP in the first six months of this year owned 40 percent of the market.

The operation not only enable TMP to react faster to market demand but also provide Filipinos stable and high-paying jobs.

TMP President Michinobu Sugata said the opening of several new Toyota dealerships that started last year—Toyota Global City, Toyota La Union and Toyota San Pablo, Laguna—is part of TMP’s overall network expansion program. He added that the market demand, especially outside the National Capital Region is expected to grow further in the coming years and he believed it is the company’s responsibility to reach out and provide its services that will make it more accessible and convenient to our customers.

With such a huge presence here in the Philippines, TMP has become one of the country’s biggest corporations: since 1988, it has invested over P35.5 billion, contributed over P136 billion to the government, and provided employment to over 42,000 individuals (suppliers and dealers included). Since 1989, TMP procured approximately P95 billion from local suppliers.

Indeed, there are few things which have come along over the years and defined a change in the automotive industry as much as the ones that TMP has initiated. When some sectors demanded for vehicles with reduced environmental impact, TMP brought in to our shores the Prius, the world’s first mass produced gasoline-electric hybrid car.

As TMP marks its 25th anniversary, the company mounts a weeklong expo to be held at the World Trade Center in Pasay City from August 10 to 18.

Known as “The World of Toyota Motor Show,” the event will feature “past, present and future Toyota vehicles”. The event is also TMP’s way of celebrating its silver jubilee with its customers “for their unwavering support for the past years.”

A total of 36 Toyota vehicles will be on display: five exotic Toyota vehicles, 14 Toyota classic models, 11 modified classic models, five SUVs and a race car. The third edition of The World of Toyota Motor Show is also an opportunity to view two concept cars—Toyota FCV-R and Lexus LF-LC—that will give visitors a chance to envision the brand’s new design language and technology.

Besides the exhibit, expect displays from the different Toyota car clubs via their own outdoor exhibits and activities.

Indeed, from being the country’s most valuable automaker and No.1 in terms of vehicle sales, TMP had reached a point where it could help the country finally reach a high motorization rate, a period in the history of a country corresponds with a high level of economic development and quality of life.

Motorization is defined as the number of vehicles per 1,000 inhabitants and is a common indicator in comparing countries and their level of economic development.

At present, vehicles ratio in the Philippines is about 30 vehicles per 1,000 inhabitants. This may seem a lot already until you realized that in the fast industrializing Thailand, the ratio is already 157 vehicles per 1,000 inhabitants; or in highly industrialized countries like the United States, which already has 797 per 1,000; in Japan, it’s 591 per 1,000, and in Germany, it’s 572 per 1,000. The tiny but very wealthy Republic of San Marino (located near northern Italy) has 1,263 per 1,000.

TMP believed that the country is slowly marching toward a higher motorization rate. As the automotive industry tries to breach the 200,000-vehicle sales  this year, TMP promises to constantly move the benchmark of quality (in producing highly desirable vehicle models), corporate responsibility and best practices.