Paul Williamsen: Lexus is music to his ears 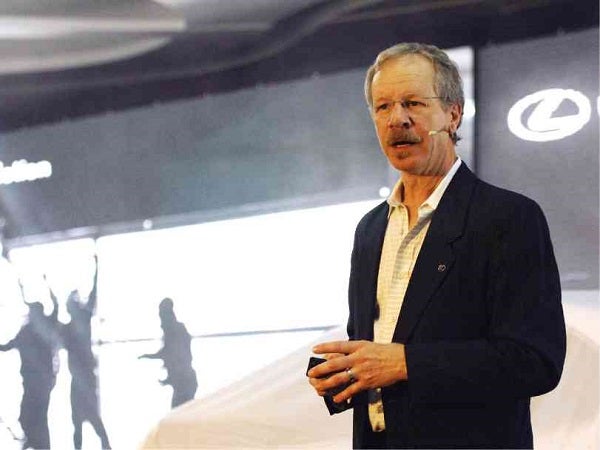 WILLIAMSEN paid his way through high school and college working as a bicycle mechanic.

A 45-minute interview with the person known as the “face of Lexus College” then ensued.

Three quarters of an hour would seem awfully short to get to know someone like Williamsen, who started his career in the auto industry with Toyota 25 years ago, and now globetrots for the Lexus brand.

Three quarters of an hour wouldn’t seem to give justice to the life and career of someone who has been to both ends of the academic spectrum. Curiously, Williamsen earned his bachelor of science  in Music Education at the University of Minnesota, and his MA in Business Administration at Pepperdine University. That begs the question: How did he end up with a car company?

Williamsen paid his way through high school and college working as a bicycle mechanic. He bought his first race car when he was 15, before he even had a driver’s license. He still has that car today, and he still races it.

He taught himself automotive technology. It was, perhaps, his nature to learn things by himself. It was also part of his nurturing environment. His father was a nuclear engineer, while his older brother has a doctorate in physics, and the younger brother an architect.

“You know our dinner table conversations would get pretty deep when I was a kid,” he said with a laugh. 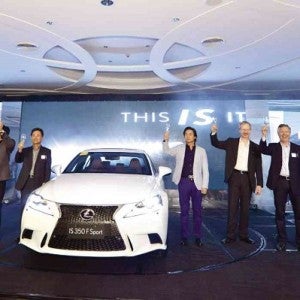 WILLIAMSEN is joined by Lexus Manila Inc. and Toyota Motor Philippines Corp. bigwigs led by Alfred Ty, Michinobu Sugata and Danny Isla at the launch of the IS 350.

At a young age

“My father enjoyed working on his cars because he was also a mechanical engineer. So when I was a kid I learned how to replace a clutch on a Volkswagen when we owned a Volkswagen. I was probably 10 or 11 [years old] the first time I replaced a Volkswagen clutch,” Williamsen said.

Williamsen recalled that later on, his father bought imported Japanese cars. He eventually learned how to work on those cars, too.

“So, for me it was just natural that when I got my own car at 15 I’d work on it, and I never paid anybody to work on my car,” he said.

Williamsen credited his family with the type of inquisitiveness that would “make us converse and think about it, visualize it in our heads what we’re going to do based on what we see.”

Gifted with an excellent set of communication skills, Williamsen knew how to express these ideas. “I’m grateful that I have been able to put that all together and develop the ability to communicate all about it.”

Williamsen’s academic background in music may have helped him understand the hum of engines more than your neighborhood friendly mechanic.

“By the time I graduated from college, I already had seven years experience as a bike mechanic,” he quipped.

Williamsen narrated that one day, as he was job hunting, he told a friend: “Boy, what I’ll earn as a teacher for 9 months of the year would be the same as what I’d get as a bike mechanic in the summer.”

To which his friend replied, “Well, duh, why don’t you be a mechanic then?’”

Williamsen: “I didn’t go to school for five years to be a mechanic.”

Friend: “Yeah, but you’re good at it, right?

Two weeks after this conversation, Williamsen applied for a job at a shop that posted a want ad for a mechanic. He got hired. “I stayed in the shop for a couple of years, ending up becoming a regional service manager and eventually becoming the national training manager for that company,” Williamsen said.

Williamsen’s first race car, the one he bought at the tender, roaring age of 15, was a Datsun 510.

“The Datsun 510 is legendary in sports car racing. I’ve always done all the work on my car, except the paint jobs. I’m not very good at (paint), but I build my own engines, the suspensions, all that. For me, transitioning from the bicycle business into automotive was very easy,” Williamsen explained.

When Williamsen went on to become an automotive mechanic, he ended up “writing a book on fuel injection along with some guys that I work with. And then that led to me signing on with Toyota Motors USA 25 years ago.”

In a way, Williamsen has found his own orchestra to conduct—an orchestra made up of thousands upon thousands of moving instruments. An orchestra that literally moves its audience.