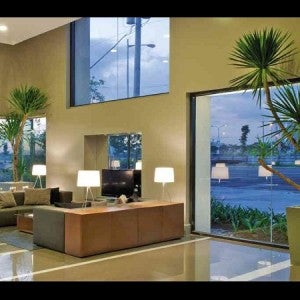 The Philippines faces two significant challenges with regard to environmental sustainability. First, energy prices represent one of the highest energy tariffs in the world. Therefore, a significant part of the population could face energy poverty, according to a study.

Also, the country is likely to be one of the most significantly impacted nations in the world from climate change due to its long coastline and dependence on agriculture.

Since buildings use a third of all energy consumed, and buildings cause greenhouse gas emissions, energy reduction in new building construction and operation is the subject of the recent survey of buildings conducted in Metro Manila, Cebu and Davao.

The survey was done as part of the Green Building Program of the International Finance Corp. in partnership with the Mandaluyong City Government, the Department of Public Works and Highways, the WSP and the Philippine Green Building Initiative as foreign and local consultants, respectively.

The survey was conducted to develop smart green building policies which in turn will be used to develop guidelines and strategies for adoption by building owners to conform to internationally accepted green standards.

The survey covered 59 buildings with an average age of 10 years and an average number of 10 floors.

All buildings surveyed have no insulation. Only half of the number of buildings has central air-conditioning. Various types of glazing are used in the buildings which include single, clear, tinted and double glazing.

About 66 percent of the buildings use low flow water fittings. About 30 percent use variable speed drive fans and pumps.

The Green Building Program offers several energy saving measures that must be adopted in the early phase of the design stage of the project.

During a trip to Wels, Austria, I was surprised to find out that they are just as concerned  about large window openings which cause excessive heat during summers, even if they last for a short period only—thanks to climate change. They are now regulating window sizes to reduce the cooling load of their air-conditioning equipment.

A simple yet often overlooked strategy is the use of sunshades to block the sun from affecting the exterior of buildings, windows in particular.

Efficient chillers top the list of energy-saving measures which can be adopted in a building. For offices, hospitals and residential condominiums, the energy savings can reach up to 32 percent.

Other strategies include the right type of glazing, natural ventilation, total energy recovery system, and lighting power density which simply means using the right type and quantity of lighting fixtures in a given room or area.

Daylight control means controlling energy use by automatically switching off lights near windows. Occupancy sensors can be installed in hallways and stairways and other public areas. These devices automatically shut off the lights several seconds after people have left the area.

Elevators and escalators turn off or slow down automatically when not in use. Ceiling fans, carbon dioxide sensors and VSD for chillers are features that can be additional measures for saving energy.

The next step in the Green Building Program is to involve various stakeholders in the development of the policies. Included are owners and tenants, the design team, developers, the government, utility companies and the community.

The Green Building Program has President Aquino’s go signal early this year by way of a resolution issued by the Climate Change Commission which is directly under his office.

The code aims to be simple and focused on priorities, with local government enforcement as the key. A clear roadmap by phases will be spelled out with financial and nonfinancial incentives as starters. Implementation of the green building code will guarantee its effectiveness.