SSS gets support of business, labor groups in hiking contributions

MANILA, Philippines—The Social Security System is all set to increase the rate of contributions from members and their employers, saying it already got the blessing of various business and labor groups. 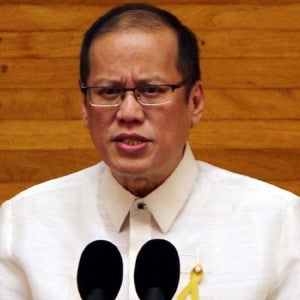 The state-owned pension fund for private-sector workers said it was only waiting the formal approval of President Benigno Aquino III, who already made known his support to the hike in contributions during his State of the Nation Address last Monday.

The President said an increase in contributions would ensure the viability of the SSS fund, which he said would be depleted 28 years from now if no adjustment were to be implemented.

At present, contributions are set at 10.4 percent to 11 percent of salaries of employees. Workers pay 30 percent of the contributions, while employers carry the bigger share of 70 percent.

“We are happy the President mentioned his support [to the proposed hike in contributions] during the SONA,” Aguilar said.

She said the SSS recently completed consultations with various business and labor groups, and that it got their consent to the proposed 0.6-percent hike in contributions.

The SSS expects Malacañang to approve the proposed hike very soon given the recognition made by President Aquino of the financial problem besetting the pension fund.

The chief executive reiterated in his SONA the estimated unfunded liabilities of the SSS that has reached P1.1 trillion. He said the amount would grow by an average of 8 percent every year if revenues did not increase.

Unfunded liabilities of a pension fund are obligations at a certain time in the future for which no funds have been set aside. In the case of the SSS and based on estimate mentioned by President Aquino during the SONA, its existing fund is good to cover liabilities only until 2041.

Aquino said a rise in the SSS contribution would be timely.  He said that since the 1980s, contributions increased only twice but pension benefits rose by 21 times.

Once the 0.6-percent hike in contributions is implemented, the SSS is expected to push for more increases in the future. If it would have its way, the SSS wants several hikes in contributions, each having small amounts, implemented over a span of several years to help extend the actuarial life of the fund.

“We must all continue to do our best to manage the unfunded liabilities, extend the actuarial life of the fund while improving benefits to our members,” Aguilar said.